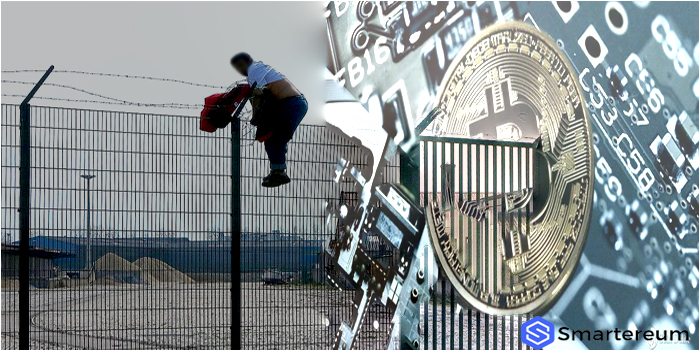 A man suspected of carrying out the theft of six hundred computers used to mine cryptocurrency have has absconded from his incarceration in an Icelandic prison. The suspect fled to Sweden in a passenger plane reportedly conveying the Icelandic Prime Minister.

According to police reports from the investigation, the suspect Sindri Thor Stefansson bolted through the window of the low-security Sogn Open prison which is unfenced. The Sogn Open prison is a “free prison” concept that does not have any locks, gate or uniforms. The inmates currently housed there applied to be there, they are paid $8 USD an hour, use cellphones and can sometimes get a university degree or get a job. They even get vacations every couple of months.

On Tuesday, Thor Stefansson managed to board the Prime Ministers flight at the Keflavik international airport located 59 miles from the prison using a fake passport, but he was identified via CCTV surveillance. Mr. Stefansson alongside eleven others was arrested in February for stealing cryptocurrency mining equipment in what local media called the “Big Bitcoin Heist.”

Gunnar Schram Sogn’s police chief told local media that “He had an accomplice,” a fact in which he strongly believes. So far none of the stolen computers nor the cryptocurrency have been recovered however, experts warns that recovering the stolen digital currency might not be possible due to the un-traceability feature on blockchain. As a follow-up to the investigation, the police have apprehended twenty people including a prison security guard possibly linked to the crime. Owners of the stolen computers have promised a $60,000 reward to anyone who can provide actionable information on the missing computers.

Professional cryptocurrency miners prefer situating their mining equipment in Iceland due to the abundant renewable energy that makes mining both cheap and environmentally friendly. Additionally, the cold Scandinavian climate, low electricity prices and lower cooling costs for the high-powered computer equipment makes it easier for cryptocurrency miners to turn a profit.

The main reason why Bitcoin mining consume so much power is the computational process that goes on during mining.  The network consumes about 32TWh of power annually with Bitcoin transaction consuming 250kWh. This is enough power to keep a standard home running for about nine days.