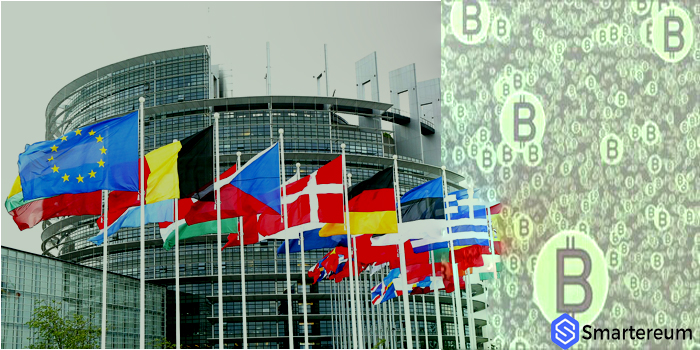 The Parliament’s press service revealed that the decision was passed on Thursday with 574 votes, thirteen no’s and sixty abstentions. Following the new decision, Crypto exchanges will be required to introduce customer due diligence procedures, including identity verification. All exchanges would have to apply for proper registration before offering their services.

The new measures come as the fifth update of the EU Anti-Money Laundering Act which seeks to address the risks involved in dealing with cryptocurrency and to remove all anonymity associated with the industry. The threshold for identifying prepaid cardholders and virtual cards have also been reduced from the current €250 to €150. The Parliament believes that this will affect companies offering crypto to fiat conversion as part of non-custodial payment services.

Officials of the European Parliament disclosed that these new measures were introduced partly as a response to the terrorist attacks in Paris and Brussel which occurred in 2015 and 2016. Krišjānis Kariņš, a strong supporter of the amendments revealed that “Criminals use anonymity to launder their illicit proceeds or finance terrorism.” He further explained that the new legislation will “address the threats to our citizens… by tightening rules regulating virtual currencies and anonymous prepaid cards.”

Another parliament member Judith Sargentini while buttressing Krišjānis Kariņš point maintained that, “We lose billions of euros to money laundering, terrorist financing, and tax evasion – money that should go to fund our hospitals, schools, and infrastructure.” She insisted that “[the parliament] introduce tougher measures, widening the duty of financial entities to undertake customer due diligence. This will shine a light on those who hide behind companies and trusts and should keep our financial systems clean,”

This new development is coming weeks after twenty-two European countries agreed to a landmark blockchain partnership that will see the region lead innovative development in the emerging technology. The European Commission announced that a total of 22 countries signed the declaration to establish the European Blockchain Partnership.

Head of the International Monetary Fund (IMF) Christine Lagarde, recently called for an open-minded approach and regulations towards cryptocurrencies especially Bitcoin. In her latest blog post, Lagarde tasked policymakers on the need to create a balanced regulatory framework around cryptocurrencies which she said will significantly impact on how people will carry out transactions.