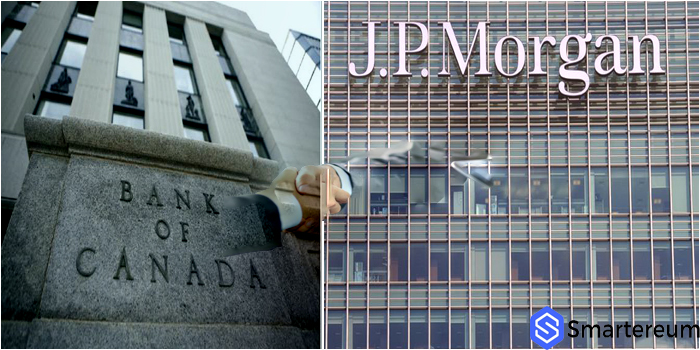 One of the largest financial broker in the United States JP Morgan on Wednesday tested a new blockchain system for issuing financial instruments with the National Bank of Canada and other large companies.

Although still at its early stage of development, the system was built last year using Quorum, an open-source blockchain that JP Morgan developed internally. During the test, a simulation of the Canadian bank’s $150 million offering on the same day of a one-year floating-rate Yankee certificate of deposit was conducted.

The blockchain debt issuance platform is designed to incorporate functions across the entire debt instrument transaction lifecycle, including origination, distribution, execution, settlement, interest rate payments, and maturity repayments. This partnership between members of the financial sector is crucial in furthering blockchain technology use in real financial markets applications.

David Furlong, Senior Vice-President – Artificial Intelligence, Venture Capital, and Blockchain at National Bank of Canada while speaking about the prospects of the debt issuance platform said that “This is a unique opportunity for us to expand our knowledge of blockchain. National Bank of Canada will continue to innovate over the coming years and remain on the lookout for ways we can bring our partners greater value.”

As Quorum gains popularity, the company is considering developing the technology for the public use. Umar Farooq, head of blockchain initiatives for JP Morgan’s corporate and investment bank said Quorum has attracted significant outside interest since its development.

Farooq disclosed that JP Morgan is optimistic about the potential of Quorum and that the company plans to strengthen the Quorum team with dozens of engineers from other departments in the bank who are familiar with the technology.