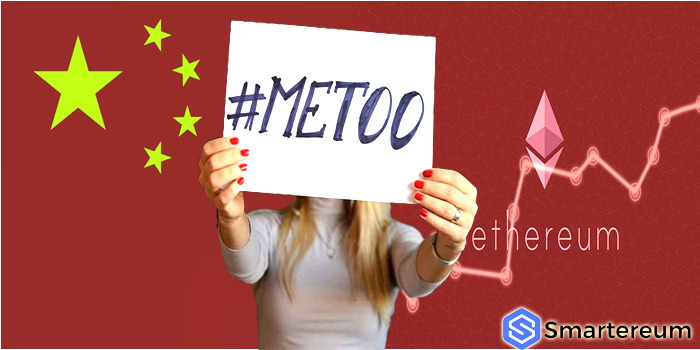 An undergraduate student Yue Xin studying at Peking, a prestigious university in China has accused her school of trying to silence her demands for a re-opening of the two decades old sexual assault allegedly committed by one of the school’s professors. Gao Yan, a college student committed suicide in 1998 after she was allegedly sexually assaulted by a professor who still works at the faculty.

In a letter she wrote to the school authorities which began circulating on the social media on Monday 23rd of April, Yue Xin and other Peking University students submitted an open-letter request on Friday the 20th concerning the alleged crime to the school authorities which were promptly denied. Although she (Yue Xin) was not directly involved in the assault, however, in her open letter she revealed that the school was intimidating her into keeping quiet. She further disclosed that she was being forced to remove incriminating materials relating to the crime from her possession.

Students participating in the #MeToo movement are increasingly looking at using blockchain technology to circumvent the Chinese government internet censorship. Social media posts referring to #MeToo campaign has been disappearing in recent weeks, thus Yue Xin uploaded a copy of her letter onto the ethereum blockchain which would be accessible anywhere for a long period of time.

Since the incident began, experts believe that blockchain might eventually help internet users avoid the censorship mechanism like displayed in China. Like the case of Yue Xin, the key benefits the blockchain offers is its permanence. While countries can block access to certain websites and force social media agencies to censor some posts, it is nearly impossible to alter a public blockchain network.

Lulu Yilun Chen a participant of the movement posted on Twitter that, “While the letter hasn’t lasted long on social media, it’s now on the ethereum blockchain for good. Transaction records for the crypto asset show that on April 23, an ethereum address sent a value of zero ethereum to itself, costing a total of about 53 US cents (transactions using ethereum are charged a fee). The metadata to the transaction contained the text of Yue’s open letter.”

A former researcher at the central party school said regarding the case that it is the biggest incident since the past ten years that students want answers. He also stated that the incident reminds him of student movements in the early Communist era