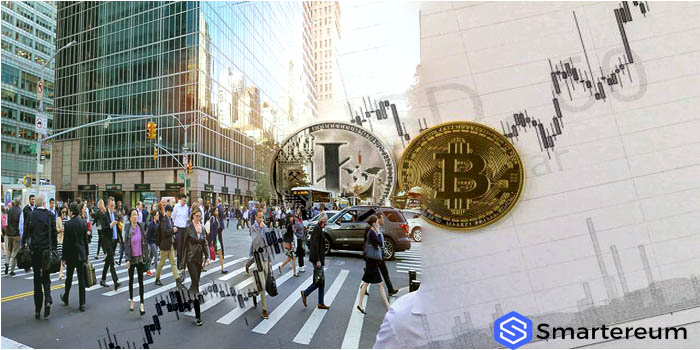 A survey conducted by Thomson Reuter, the parent body of world-renowned Reuter a mass media agency reveals that one in five financial institutions is considering trading cryptocurrency within the next twelve months.

During the survey, out of 400 clients on the Thomson Reuters Corp TRI.O (TRI.N) platform which includes Eikon, REDI, FXall and Elektron, 70% said they are making plans to start trading on cryptocurrency within the next to six months, while 20% revealed that they were very interested in trading and are looking at opportunities the digital currency might offer.

Clients covered by the study include large asset managers, hedge funds and trading desks at the biggest banks. As a result of the declining price of bitcoin, financial experts have warned investors to be wary of putting their money on cryptocurrency for now calling it a “bubble”, highly risky and prone to scams.

Another similar survey was conducted by Neustar International Security Council in March 2018, indicates that 80% of the companies who participated stated they were interested in using Bitcoin and other cryptocurrencies. Also, 48% of respondents said cryptocurrency is an avenue for their companies to deliver more value and generate more revenue. Neustar International Security Council (NISC) was established by Neustar Inc. as a global forum of cybersecurity experts.

Global interest in cryptocurrency has been on a steady rise despite the fact that the market value has declined from its all-time high of $20,000 in November 2017.