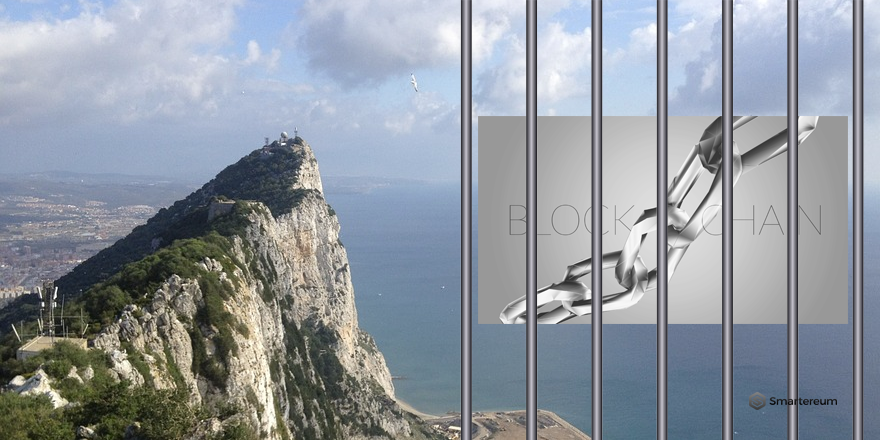 As stated in the release, starting January 2018, the GFSC will institute a regulatory framework for distributed ledger technology (DLT).

The year 2017 has been a great year for Initial Coin Offerings (popularly known as ICOs).

This innovative solution in financing involves issuing a new digital token to early-bird investors in a project based on blockchain technology.

Since the start of 2017, ICOs have raised well over $2 billion in funding, surpassing the conventional Venture Capital (VC) funding method of investing in startups.

A foremost reason for ICOs fame among startups (and investors alike) is the fact that it’s largely unregulated – at least until last summer.

This is set to change soon, with a lot of regulators and regulatory commissions issuing warnings and regulations for ICOs.

The Block of Gibraltar?

Following the GFSC’s announcement, Gibraltar has become the first jurisdiction to lay out a complete set of regulations for all types of blockchain technology, also known as Distributed Ledger Technology, DLT.

The new regulatory framework will regulate companies based in or working from Gibraltar.

However, the new guidelines will apply only to individuals and firms that use blockchain technology to store or manage assets belonging to other entities – virtual currency exchanges, for instance.

Worthy of mention among the perils of unregulated DLT is BTC-e, a cryptocurrency exchange for bitcoin trading, which was used to launder over $4 billion in cash, during its six active years.

Although 38-year old Russian, Alexander Vinnik is still awaiting trial and faces a 55-year sentence if he’s successfully extradited to the U.S., his actions have attracted a lot of unwanted bad press around DLT.

This could somewhat affect the public’s view of the transparency and legitimacy of blockchain technology.

Vinnik is surely not the first attempt at illegal use of Blockchain technology, and it’s a negatively-impacting trend that’s going to continue for a much longer period.

That’s unless effective global regulations – like the GFSC’s recent move – are put in place and strictly enforced.