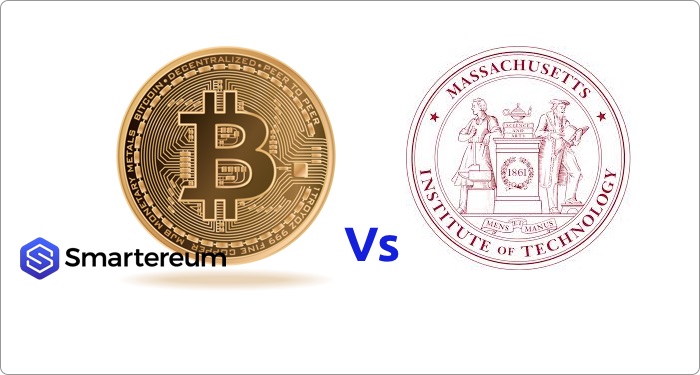 An article titled “Lets Destroy Bitcoin” was published on April 24 by MIT Technology Review. The article contains three possible ways that bitcoin could meet its end. Is a battle brewing between MIT vs Bitcoin? Can Bitcoin Shine?

According to the article, the first option on how this can be achieved is by the takeover of bitcoin by governments. That means governments have to create their own cryptocurrencies – a Federal Reserved backed coin. There will be verified financial institutions in the new blockchain to serve as the authorized nodes rather than peer-to-peer networks. But these financial institutions are basically trusted ones. The article revealed that the Bank of Canada created a simulation of that kind of system on Ethereum back in 2006.

The second option is the takeover of bitcoin by social media giants such as Facebook. This involves the social media platform building a bitcoin wallet for all its users, giving them rewards in cryptocurrencies for interacting with ads on their platform. They will also be provided with an ad-free experience if they allow the social media site to mine with the unused power of their computer.

Facebook could as well make Bitcoin lose its control by creating its own cryptocurrency, just like Telegram (a messaging app) is currently working on their combined $1.7 bln ICOs which held at the beginning of this year.

The third option of making this cryptocurrency “irrelevant” is to create a variety of other cryptocurrencies for every situation. According to the article, this option is already in progress, as firms are already creating their own tokens and coins that will be used only for their services, such as the initial coin offering of Kodak.

According to the article, all these can be prevented by bitcoin, and this can be prevented if bitcoin capitalizes on its advantages. This means bitcoin has to make its transaction impossible to censor and anonymous.