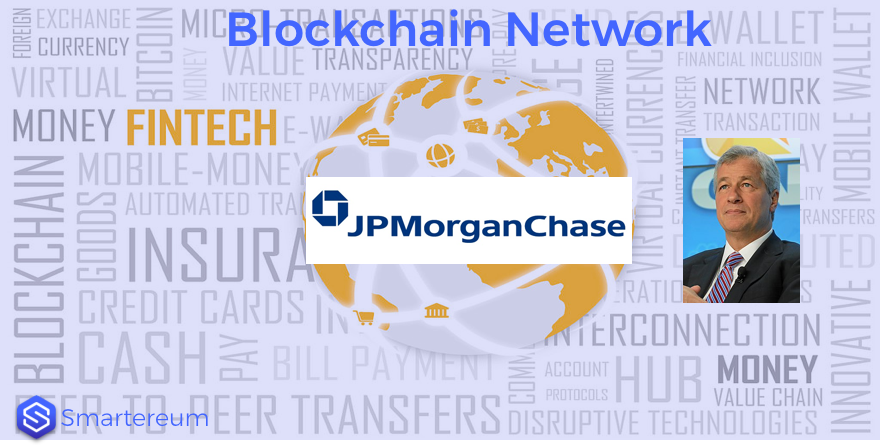 The Interbank Information Network (IIN), according to Wall Street Journal, will enable faster, more secure transfer of cross-border payments between J.P. Morgan, Royal Bank of Canada, and Australia and New Zealand Banking Group Ltd. To achieve this, the network will use blockchain to facilitate the data transfer required to make global transfers, reducing a process that could take days to just a few hours.

CEO, Jamie Dimon has been outspoken about his disapproval of bitcoin and cryptocurrencies generally. In a recent chat in Washington where he lambasted unregulated cryptos, he expressed support for the blockchain technology that supports them. He gave a subtle clue. “The blockchain is a useful technology. We actually use it; it would be useful in a lot of different things. God bless blockchain”

JP Morgan has developed its own blockchain technology to power the Interbank Information Network. The blockchain, Quorum is a variant of the ethereum blockchain. Other banks are expected to join the network. JP Morgan hopes to attract over 20 banks within the next 6-12 months.

WSJ report states that JP Morgan recently had about half a dozen blockchain-based prototypes and that this particular project has been ongoing for about six months. Blockchain is a decentralized ledger of transactions maintained by a network of computers on the internet.

Although this current blockchain initiative focuses on the transfer of information and not actual money, the bank could move money through blockchain in the future. Dimon had suggested that it would be fine if JP Morgan moved their money through a blockchain technology. He also said he had no problems with a fiat digital currency.