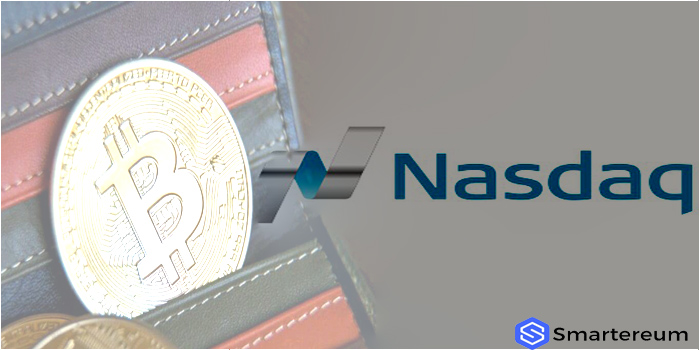 In mid-January, NASDAQ alongside reality shares advisors launched the first Blockchain based exchange-traded funds (ETF) on NASDAQ and the New York Stock Exchange. The deployed technology would enable the issuance and transfer of shares of privately-held companies securely.

During a Blockchain Summit held in London on October 31st, newly promoted Head of Product Development Gustaf von Boisman while addressing the public describes how the adopting blockchain technology would not lead to a ‘drastic’ restructuring of the traditional financial system, however, specific use of blockchain is what the industry is focusing on instead.

He gave an example, even though blockchain system can reduce settlement times down to real-time speed but implementing such a system within the framework of the financial industry could be more complicated than anticipated.

In his own words, several exchanges like the Saudi Arabia Stock Exchange and the Moscow Stock Exchange reached the highly sought-after T+0 (same-day) settlement times with innovative technology, only to return to slower settlements because of other factors like for demands for international harmonization and other market structure issues. He disclosed during the speech that, “We’re confident that the technology can do the job, and that comes back to how the settlement can happen. It’s more of a choice of a market than a technological choice.”

In an interview with CNBC Wednesday, Nasdaq CEO Adena Friedman, that the company could start trading in cryptocurrency in the near future, however, only when the market becomes regulated. Adena demonstrated her confidence in the sector stating that “I believe that digital currencies will continue to persist[...]it’s just a matter of how long it will take for that space to mature. Once you look at it and say, ‘do we want to provide a regulated market for this?’ Certainly, Nasdaq would consider it.”

NASDAQ is collaborating with other cryptocurrency exchange Gemini which is using its blockchain system to monitor its market.