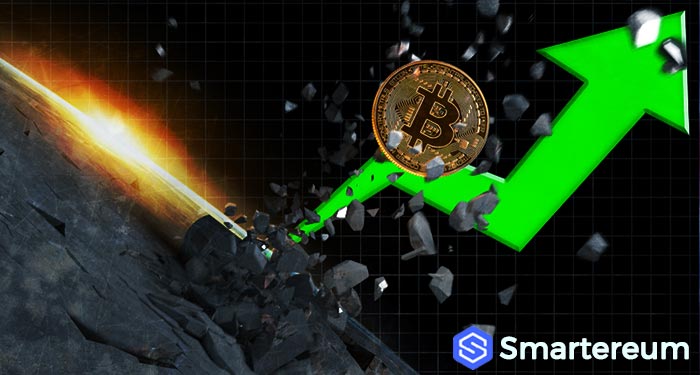 Nevertheless, orders of this nature don’t go through normal trading platforms. This would greatly disrupt the price of the coin in the market. Hence, they adopted another route in the movement of the fund.

Bitcoin (BTC) is yet to start a major bullish run. A lot of investors and traders are patiently waiting for the sharp recovery of the crypto market. However, no one knows how huge the next recovery would be and when it would be.

Sohn Investment Conference, which is held in New York each year, provides a platform for the best managers and investors of hedge funds in Wall Street present their head of stock choices. In the 23th year anniversary of the conference, a specific kind of digital investment currency was recommended on the stage. Bitcoin price forecast with astronomical returns were suggested by some of the most influential market participants.

A partner at Pfeffer Capital, John Pfeffer predicts that the price of Bitcoin will increase about 200 times and will reach around $700,000 in the future.

Though Pfeffer did not specified a certain time limit, there have been other investors who did. Tim Draper, a venture capitalist, predicted that the price target of Bitcoin will reach $250,000 by the year 2022. When considering Draper’s prediction, Preffer’s forecast seems optimistic.

At the conference, Pfeffer described Bitcoin as the “first viable candidate to replace gold.” When we analyze his logic, it is clear that first he believes Bitcoin can replace the whole of gold plates which are in the possession of the private investors because Bitcoin is easier to store and secure than gold plates buried in the garden or put in a deposit box in a bank.

Pfeffer assumes the value of the whole gold plates that are in the hands of private investors are approximately $1,6 trillion at the moment. He continues his calculation by assuming the number of circulating Bitcoin being 18 million by the time the complete replacement of gold plates by the cryptocurrencies takes place. The expected value of Bitcoin can be estimated as $90,000. He gives 8% odds to this forecast.

Pfeffer desires to see Bitcoin as becoming what traditional foreign currencies are to the central banks. While he is aware that Bitcoin cannot completely replace all foreign currency which is worth about $12.7 trillion, he is hopeful that in can replace the quarter of it. Even though it is hard to imagine, if Bitcoin’s value comes to a point to match the all foreign reserves, including both foreign reserves and gold plates, then its value exceeds $700,000.

Over the past two years, Pfeffer meddled with investing in other cryptocurrencies besides Bitcoin. However, he returned back to investing only in Bitcoin. His reason was because the other currencies were more complicated than just being money currency.

Pfeffer states that the value of the cryptocurrency depends on its complete economic practice divided by the speed of how fast the money is exchanged. The value of utility tokens, for example, will always be under pressure because of its continues exchange rate.

Pfeffer views Bitcoin with an opposite perspective. He stated: “There is one way out of this value trap, which is if people wanted to store their wealth in a crypto asset.” At this point Bitcoin comes to the rescue and thus will be able to replace gold as he predicted.