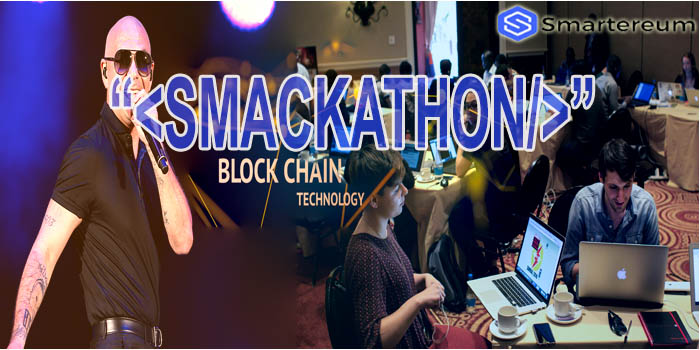 American rapper, Armando Christian Pérez, known by the stage name Pitbull has joined the growing list of celebrities getting actively involved in blockchain and cryptocurrency. The multiple Grammy award-winning star announced the launch of an international blockchain coding competition on Tuesday.

The competition titled “Smackathon” would see the music industry disrupted. Smackathon a name similar to the popular programming event hackathon would bring programmers and developers from all over the world to build applications which are based on the Ethereum Blockchain.

Participants at the coding event would explore ways to harness blockchain technology to proffer innovative ideas and solutions to issues challenging the music industry.

While revealing details of Smackathon, the musical expert tweeted that, “It’s time for a major change in the music industry! Blockchain developers, we need your help to empower artists worldwide.” The blockchain event is been organized in collaboration with eMerge Americas Conference –a yearly 2-day technology conference held in Miami.

After the coding session, a winner would be selected by a panel of four judges including Pitbull. The winner would be given a lofty sum of $6,000. If the winner’s idea is promising, Pitbull disclosed that he’ll make an on-the-spot investment to sponsor the project further. Smackathon partners Zeppelin, eMerge Americas and Medina Capital are also planning to invest in the best ideas.

Medina Capital’s spokesperson stated concerning the coding project that, “We’re not only looking to invest, but we’re interested in helping bring the ideas to market, grow them and make them a reality, if possible.”

Other rappers have one way or the other shown interest in the blockchain and cryptocurrency sector. For instance, US rapper Ghostface Killah (real name, Dennis Coles) co-founded Cream Capital with Brett Westbrook. Paris Hilton, Kanye West, Mayweather, The Game, Jamie Foxx and DJ Khaled have all had various dealings with Initial Coin Offerings (ICOs).