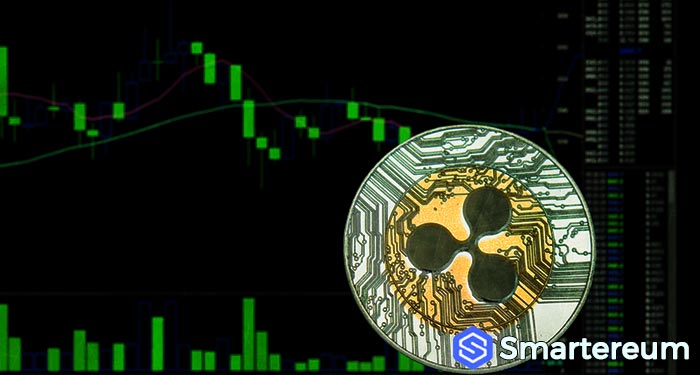 Ripple Inc. has reported an 83% increase in sales of its virtual coin which is fundamental to its product suite. As per a post on the startup’s website on Wednesday, Ripple sold 167.7 million USD worth of XRP in the first quarter of 2018. This is an increase of 83% when compared to the previous report. It is a 2,400% increase when compared to the first quarter token report for 2017. Ripple has been associated with XRP Ledger for long.

The company further reported that direct sales of the XRP Ledger totalled $16.6 million which is a decline of 17% when compared to the previous quarterly report. Note that programmatic sales of Ripple more than doubled, rising from 71.5 million USD to 151.1 million USD. Then the total sum of XRP traded on a global scale increased markedly in the first quarter of 2018. The volumes grew by 68% to reach 160 billion USD during that period. XRP’s clout concerning the total crypto market also increased in the first quarter of this year, with its overall market share volume growing from 5.3% to 6.9 percent as at the end March.

XRP’s price rose from less than 0.25 USD at the start of December last year to peak at 3.84 USD early January, 2018. The token’s fall was as steep, because within one month, it began trading under a dollar. As at press time, XRP traded around 0.82 USD. Ripple’s first-quarter report for this year also tackled the negative influence that the global regulatory crackdown, along with the uncertainty about the future of virtual currencies, has had on crypto coin prices.

Ripple markets XRP as well as other solutions to financial institutions and banks as a way to boost efficiency and cut down cost in payments, especially for trades transacted across borders. The cryptocurrency exchange had always issued quarterly reports since the fourth quarter report for 2016 when it sold 4.6 million USD XRP to institutions.