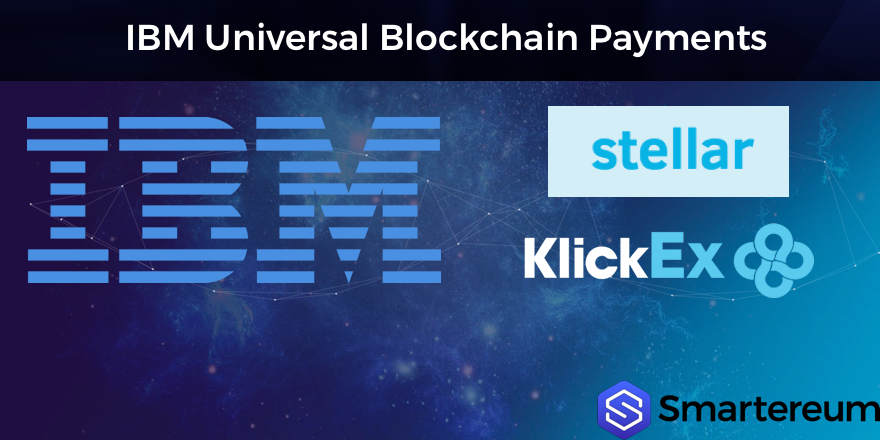 October 16, tech giant and key blockchain player, IBM announced that it has developed a new blockchain banking solution that will facilitate cross-border transactions.

In a press release, the company said it used IBM Blockchain, in partnership Stellar and KlickEx Group to improve the speed in which banks both clear and settle payment transactions on a single network in near real time.

[perfectpullquote align=”full” cite=”” link=”” color=”” class=”” size=””] “With the guidance of some of the world’s leading financial institutions, IBM is working to explore new ways to make payment networks more efficient and transparent so that banking can happen in real-time, even in the most remote parts of the world,”

Regular global transactions are plagued with delays; it could take several days to complete a cross-border transaction. These delays, most often, are due to the various layers of authorizations a single transaction requires to go through.

[perfectpullquote align=”full” cite=”” link=”” color=”” class=”” size=””]”This new implementation is poised to start a profound change in the South Pacific nations, and once fully scaled by IBM and its banking partners, it could potentially change the way money is moved around the world, helping to improve existing international transactions and advancing financial inclusion in developing nations.”[/perfectpullquote]

IBM’s solution makes use of smart contracts from Hyperledger Fabric.

It brings both sending and receiving bank to a single blockchain network. Here the transfer value is converted to a digital asset by Stellar for the transfer. This takes care of foreign exchange conversions. KlickEx Group, a regional financial services company in the Pacific region is the first to deliver this solution to its partner banks in the region.

The solution is up and running in 12 currency corridors across the Pacific Islands and Australia, New Zealand, and the United Kingdom according to IBM’s press statement. The network is currently in use by Advanced Pacific Financial Infrastructure for Inclusion (APFII) members, a public-private partnership initially funded by the United Nations and SWIFT.

The solution at this nascent stage would use Stellar’s cryptocurrency as the digital asset but it plans to support national cryptocurrencies, bonds, securities and other financial assets in the future. IBM has vowed to continually improve and scale the platform. Jed McCaleb, co-founder of Stellar believes this solution holds a lot of promise. He said;