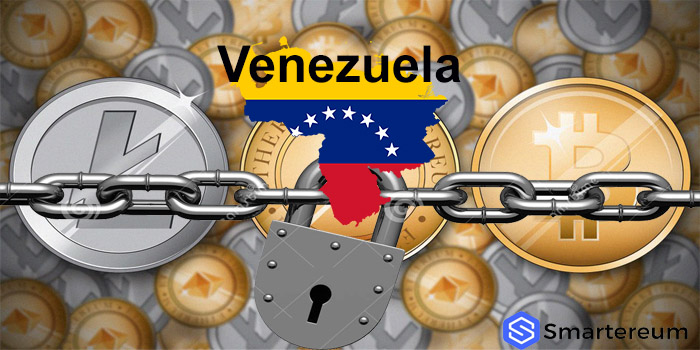 The Venezuelan Government has barred two cryptocurrency exchanges from operating in the country. The reason the government gave for shutting down the exchange is that they both converted cryptocurrency into cash and sent the remittance to other countries.

To prevent the drain of valuable monetary resources from the country’s coffers, the Venezuelan government initiated “Operation Paper hands” on April 17th. The initiative has already started yielding fruits with the dismantling of three illegal remittance houses; Intercash, Rapidcambio, and Airtm.

Venezuelan Prosecutor General, Tarek William Saab described the initiative as: “the largest anti-litigation procedure in the country’s history. So far 112 people have been arrested, of whom 107 have already been brought to court.”

He also revealed that in a notice he sent to the Venezuelan Public Ministry, he has requested a further 247 bank accounts to be frozen while forty new arrests and 104 police raids to be conducted.

The Prosecutor General disclosed that these cryptocurrency operators run their companies through websites registered in other countries. Since they use an international parent bank accounts in countries like the United States, Chile, Ecuador, and Panama the crackdown would not affect their business operations. He further elaborated that since the exchanges receive their funds through cash deposits or transfer, and then convert it to high exchange rates then they are hurting the Venezuelan economy.

Following the ban, one of the exchanges Rapidcambio closed down its cryptocurrency operations. In a post on its website, the exchange disclosed that it never intended to manipulate market price and that “[their] exchange rates have always been given by the law of supply and demand, as a free market without any imposition.” Rapidcambio also declared that it always demonstrated its responsibility, honesty, seriousness and a true commitment to providing a service to all Venezuelans abroad.