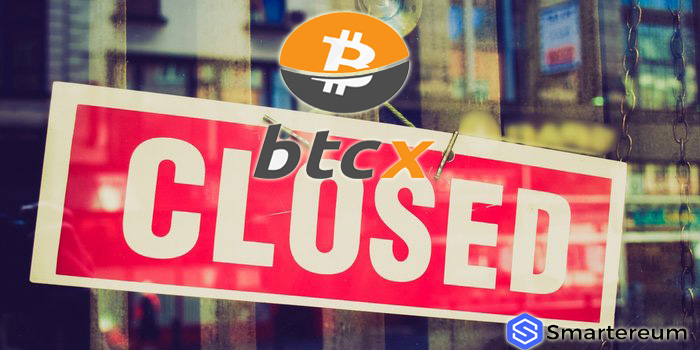 Embattled bitcoin exchange BTCxChange has informed its customers that it will be shutting down operations on May 1, 2018. The exchange based in Romania sent out letters to notify its users to withdraw all bitcoins in their accounts before the May 1 deadline.

BTCxChange, which has suffered setbacks in the past, stopped regular operations since February but allowed account holders to deposit BTCs into the platform.

Launched in 2014, BTCxChange was plagued from the outset and by December of 2014, they issued their first notice asking customers to withdraw all their funds. At the time, the team said that they no longer had access to their bitcoin exchange servers as their lead programmer had locked them out of the system.

Another episode in 2016 led the owner of the exchange at the time to ask customers to withdraw all their funds. Horea Oradea Vuscan sent out emails to customers in September 2016, a month after the platform was put up for sale. By November, experienced some sort of renaissance under a new ownership. The CEO, Max Nicula informed users of the new ownership as well as major upgrades on safety, quality and user experience.

The latest crisis began in January this year when Idea Bank decided to close the exchange’s account. In a letter on January, 22, the bank gave BTCxChange a 15-day notice that its account would be closed; the fourth time the exchange was facing this plight in less than a year. Nicula decried the situation saying, “Some time ago we have taken the decision that we will not seek new bank accounts in case these ones are shut down, reason being that the constant bank account changes and lack of permanent stable solutions prevent us from developing our business with the speed we want,” he wrote in at the time.

The National Bank of Romania (NBR) recently discouraged investment in cryptocurrencies through a communiqué which classified virtual coins as speculative, highly volatile and risky assets. The NBR also warned against providing services such as banking services to cryptocurrency investment and trading platforms like BTCxChange.

Nicula was optimistic about the future of cryptocurrencies. “The crypto economy offers ample opportunities to conduct deterministic business and agreements, free of subjectivism and multiple interpretations, without shortsighted and counterproductive lawmaking,” he said while thanking customers.