Smartereum
Home Cryptocurrency The Mother of All Chains (MOAC) in China Seeks To Compete With... 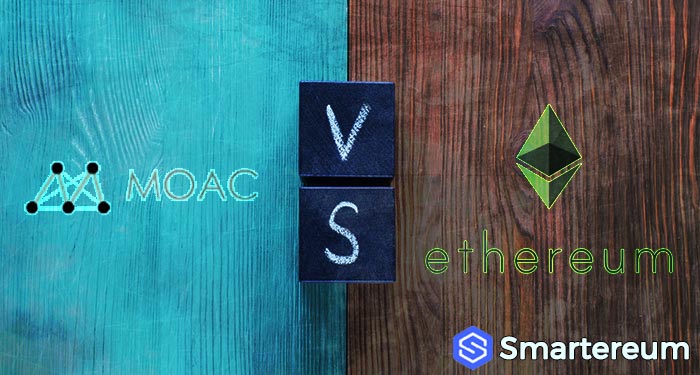 Ethereum is one of the first and leading digital currencies in the crypto market. Ever since it was launched, it has revolutionized the blockchain industry via its introduction of smart contracts and decentralized applications – which have paved ways for a lot of initial coin offerings all over the world.

Mother of All Chains (MOAC)

Recently, the cryptocurrency has faced some issues in scaling and efficiency, continually maintaining a congested transaction network which is growing slower as the usage increases. A group of developers in China wants to tackle this problem via “Mother of All Chains” (MOAC) – a blockchain platform that uses MicroChains and cross-chain transactions to improve efficiency and speed.

MOAC enhances the decentralized network of Ethereum by introducing more layers (MicroChains) to the blockchain for different types of transactions based on the computation power required. The Chief Business Development Officer of MOAC – Ryan Wang said: “In a blockchain network such as Ethereum, there is no difference between smart contract transactions and balanced transactions. Every transaction is handled at a global level, and this limits the performance level of the system as well as the TPS.

The Introduction of Smart Contracts as MicroChains

To make this network more accessible, the team has designed the Smart Contract as MicroChains (SAAM) to help developers configure and develop decentralized applications for their specific needs. Mr. Wang said: “SAAM produces a friendly ecosystem of a decentralized application that enables developers to develop blockchains to suit their specific needs. This produces an ecosystem that is much healthier, it also increases the performance level of the system and TPS as more miners join the network.