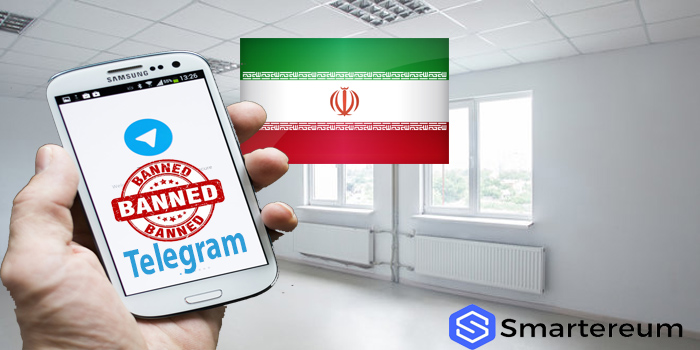 Once again, popular messaging app Telegram has been banned in Iran this Monday 30th of April. The app was ordered to stop all services by the country’s judiciary blaming the app for allegedly fueling armed opposition group’s unrest and civil disorder.

The Iranian government in April, publicly demanded that Telegram is banned just after the app management revealed that its user base has surpassed 200 million people globally. Consequently, the app recorded a second round of a record-setting $1.7 billion ICO to develop a full-service blockchain ecosystem.

Reacting to the Telegram report, the secretary of the government’s High Council for Cyberspace warned Telegram’s new ICO is bound to undermine Rial -the country’s own currency if left unchecked.

The new judiciary directive also includes a Presidential order to ban all civil service from utilizing the Telegram app. This is not the first time Iranian authorities are banning Telegram in the country. In March 2018 Officials temporarily banned Telegram after violent protests rocked several cities. In that event, Telegram was accused of allowing foreign-based counter-revolutionary groups to foment insurrection.

Authorities in Iran have over the years attempted several times to restrict or impose control mechanism over Social Media in the country. It is believed that foreign-based platforms are utilized to influence the masses to oppose to the government. In that regard, the country has tried to promote its own alternative social media platforms like the Soroush network, which they claim has about 5 million subscribers.

While speaking on the ban, the country’s supreme leader Ayatollah Ali Khamenei and President Hassan Rouhani both said they would stop using Telegram in mid-April and advised citizens to use Iranian services like Soroush and Gap instead.

Other countries to have blocked the app or its services includes Saudi Arabia, Pakistan, Indonesia, Bahrain and recently Russia. A Russian court decided to block the instant messaging app after the team refused to provide Authorities with encryption keys to its message services.