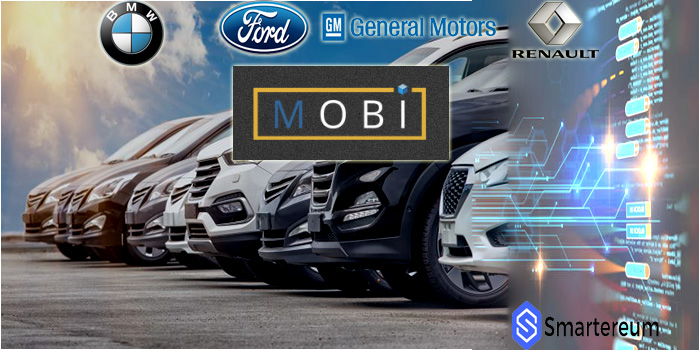 The group, led by tech industry expert Chris Ballinger who just recently gave up his position as the Chief Financial Officer (CFO) and Head of mobility services at the Toyota Research Institute. MOBI, is spearheading efforts to create a common technical standard and API to help payment and data-sharing possible between cars, this is an attempt to push forward a new “mobility ecosystem” the company revealed in order to change the whole driving experience –from ride-sharing to self-driving vehicles and everything in between.

Prior to joining MOBI, some of the member companies have on their own been working on technologies and automobile proof-of-concept such as IBM’s payment system amongst others. The chairman and CEO of MOBI disclosed that while working at Toyota Research Institute he understood the importance of having a consortium after he conducted several successful blockchain proofs-of-concept with technology firms.

MOBI’s CEO while speaking on the consortium noted that the automobile industry needs a decentralized business network to be able to move forward.“You really have to have common standards and common ways for cars to communicate, to identify themselves and make payments,” he said. However, if each and every automobile company is developing its own separate wallet or its own payment process, the ecosystem would not work.

Ballinger also disclosed that the first step for the consortium is an in-person member meeting to form project teams in areas such as vehicle identity and data tracking, ride sharing, mobility ecosystem commerce and data markets for autonomous and human driving.

Coincidentally, IOTA a member of the consortium had previously developed an Electric Vehicle Charging Station that uses IOTA and blockchain in the Netherlands. Even though the IOTA charger will be made available to the public for charging, cars not equipped with the required hardware and software would need to send IOTA tokens directly to the charger using their normal IOTA wallet.

Another area MOBI is looking to be involved in is using blockchain the data generated by the car itself via the multitude of sensors positioned within and around it. Presently, cars which are connected to the internet produces about 25 gigabytes of data an hour and is expected to increase dramatically over the years. With modern sensors being installed in vehicles currently, cars will be producing massive amounts of data “that probably not even 5G networks can handle,” Ballinger stated, “imagine real-time mapping in such detail that you could deliver a package with a robot to a door of somebody’s apartment or house.”