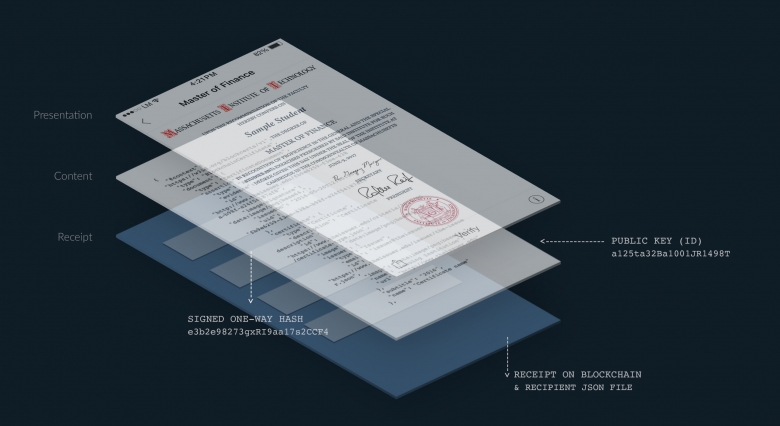 The MIT Registrar’s office partnered with a software company, Learning Machine to test the app called Blockcerts Wallet. The app allows students to securely share their credentials with employers, family, and friends. Bitcoin Blockchain technology is used to protect the certificate and also to verify its authenticity.

Empower students to be the curators of their own credentials

The Registrar and Senior Associate Dean, Mary Callahan gave an insight into the purpose of the pilot program. “From the beginning, one of our primary motivations has been to empower students to be the curators of their own credentials,” she said. “This pilot makes it possible for them to have ownership of their records and be able to share them in a secure way, with whomever they choose.”

Co-founder and CEO of Learning Machine, Chris Jagers captured the significance of the event. “MIT has issued official records in a format that can exist even if the institution goes away, even if we go away as a vendor,”

Gives the owners of the certificate full control or their data

The program is special because it gives the owners of the certificate full control or their data. As Jagers noted, “People can own and use their official records, which is a fundamental shift.”

MIT is among the first to try this idea, they are, however, not the only ones exploring. Earlier this month, The University of Melbourne tested Blockcerts as part of a more diverse credential ecosystem. Learning Machine reached a similar agreement for a pilot with Malta’s Ministry of Education and Employment in September.