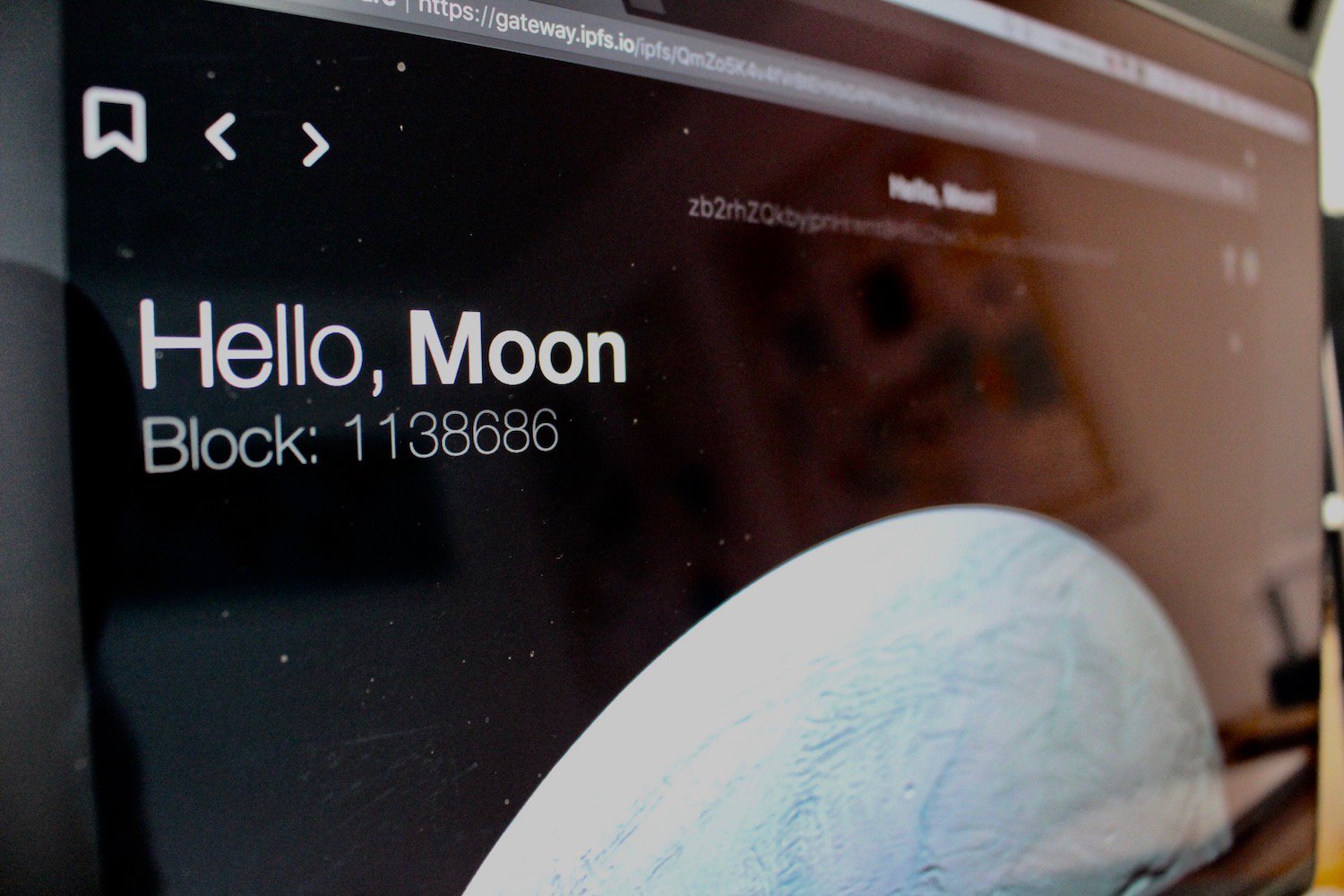 The technology behind Ethereum is not just making waves in the cryptocurrency industry. Moon, which is an Ethereum browser, got more glory as its new version was launched in Devcon3 which was held in Cancun in Mexico.

The predecessor Mist, as well as the newer version Moon, makes use of the Dapp in order to provide the Internet browsing capabilities. Mist provided software which was based on the desktop. Thus, it required the client to download all the Ethereum ledgers in order to operate. However, significant advancement is achieved in Moon which is web-based rather than desktop-based. This significantly improves the user experience as it does not require downloading of all the Ethereum based ledgers.

Advancement is that Moon makes use of its own programming language which goes by the name of Moon-lang. The earlier version Mist used JavaScript. Moon-Lang is based on JavaScript but boasts of its own compiler. With the help of it’s new compiler, it would now be able to provide an added layer of security to its users.

One of the significant improvements of Moon is that you can utilize the code which is written by someone else by forking it. Forking allows you to edit it and also redeploy it which significantly increases the effectiveness of the code. All of this without making any changes to the source code.

Moon browser is surely going to be much more powerful

From the look of it, the Moon browser is surely going to be much more powerful and versatile as compared to its predecessor. However, it is still in the early days and remains to be seen whether users actually adapt to this new browser as well as the functionalities which it provides. One thing is for sure, it is a huge leap from its predecessor which was having a lot of obstacles for some of the users as it is not possible for each and every user to spend such a lot of bandwidth in order to download the Ethereum’s ledger in order to use the browser. This need for a high amount of bandwidth has been entirely eliminated in the newly launched browser which does not require you to download any ledger. It is completely web-based which saves you a lot of resources as well as bandwidth.

So, if you’re looking to use a browser which is based on the Ethereum’s technology, now would be the perfect time to do so with the help of the new advanced Moon browser which has been launched recently.

The token market space based on ethereum’s technology is currently booming and on a bull run. However, we do not see any deviation by ethereum from its stated vision and goal of turning into a ‘world computer.’

The priority of the developers still is the creation of dapps or distributed applications. And this fact got validated when a new lightweight version of Mist was launched and displayed at Devcon. Mist is the original browser that the developers designed and created for ethereum apps.

Mist-light, or Moon, was showcased in a demo at the Cancun conference. It is a browser-based rewritten code and software intended to carry out tasks that are similar to the desktop version, without the need for any downloading.

Just like the older Mist, Moon cannot be said to be just a browser as it offers an interface for development of dapp.

Users may go to an app, edit or fork the code with safety, and the changes therein get updated on the webpage on a real time basis. The new code of development is then hashed and available for sharing, and all can plug and use it into their personal Moon browser.

We all know that Mist runs on JavaScript. As opposed to this, Moon’s operation is based on its own code and language which serves as a JavaScript compiler. One of the developers has stated that the new language permits secure access and testing of the ethereum dapps without creating risk to the main original code. The source code for all and any dapp accessed through the browser is displayed on the interface. The interface also has an ‘edit’ icon.

Alex Van De Sande, developer of ethereum, has stated that the main reason behind the new feature was to assist other developers of software to ‘learn to love the fork.’ Software updates or hard forks have gained a bad reputation in blockchain as they can be quite complex to execute, without risk, and in a safe manner.

Van De Sande, however, laid emphasis on the fact that in the designing and creation of open-source software, forks are vital and integral to the general health of apps. Hence they need to be celebrated and accepted as part of that ubiquitous diversity.