Smartereum
Home Cryptocurrency Is Ripple (XRP) Dead? What is the Fate of Ripple? 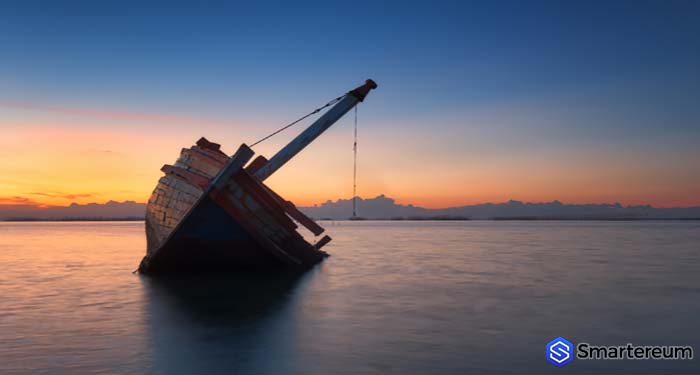 Ripple seems to be underpriced and below a dollar. Why is this the case? Why are banking partnerships not positively affecting the price of Ripple in crypto markets? Investors continue to ponder over these questions and many others about Ripple on online platforms that host crypto enthusiasts.

Ripple’s nearest attempt to reach the 1 USD mark was on April 25 when the digital coin was valued at 0.957 USD. This achievement was 0.043 USD shy of the 1 USD mark which would have confirmed that Ripple is headed for good times. The virtual currency hasn’t made a second attempt to break the 1 USD barrier and is trading at 0.81 USD and down by 1.79% as of press time.

What’s Going on With Ripple?

Firstly, Ripple is presently under attack after a lawsuit claiming that the digital token is scamming people via a never-ending initial coin offering was filed. A class action lawsuit was initiated against Ripple on May 3 in California accusing Ripple of:

– Conducting an unregistered initial coin offering (offer and sale of securities) and violating some laws in the U.S Securities Act precisely sections 5 and 12(a)(1).

– Violating sections 25110 and 25503 of the California Corporations Code by carrying out an unregistered trade of securities.

– Engaged in actions that violate section 25504 of the California Corporations Code.

For the class action lawsuit to hold weight, Ripple has to be a Security.

What is a Security?

A security is an interchangeable, negotiable financial tool that holds some kind of monetary value. This tool represents an ownership post in a publicly traded corporation, the creditor relationship with a corporation or governmental body or rights to ownership as shown by an option.