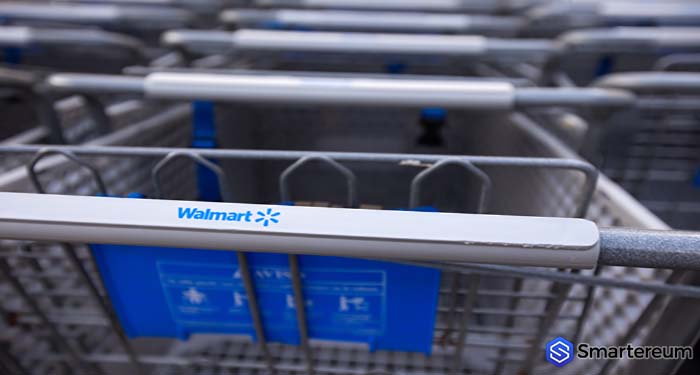 In its filing with the United States Patent and Trademark Office (USPTO), Walmart intends to use tools to secure customers “restricted access areas” at the destination where a package is being delivered to from an Autonomous Ground Vehicle (AGV). Originally filed in October 2017, the application was published on Thursday by the Patent Office.

The patent describes the process as interfacing a computing device like a processor-based control circuit which will receive a signal from Walmart’s processing center over a wireless network. Upon receipt and acknowledgment of the first signal, a second signal embedded with the customer’s information, location and customers “restricted access area” would then be sent to the AGV. Walmart in its patent filing noted that the network used could be a wide-area network (WAN), a Local Area Network (LAN), Wi-Fi, Bluetooth or any other internet or intranet network or even a combination of multiple networks.

Walmart believes that if this system is implemented, it has the potential of easing the way product delivery is conducted. Additionally, the distributed network could also be used to track the movement of packages. The patent filing explains: “When a customer interacts with a product, the customer is permitted to do so via a private or public authentication key. In response, new blocks may be added to subsequent root blocks, which will contain information relating to the date and time a product delivered by the AGV was accessed, as well as the authentication key that accessed the product.”

In March, Walmart filed a patent which sought to use blockchain to make shipping smarter. With the help of blockchain, a tracking system will be created which will help in tracking each and every package quite easily. According to the patent application, Walmart will be using an in-house designed system as a smart package.

Although this new automated delivery system could potentially cut cost drastically, Walmart is apprehensive that it would render jobs such as drivers, factory coordinators, and others redundant and as such might be dismissed.