Smartereum
Home Uncategorized Blockchain and Media: How Can Blockchain Startups Disrupt The Media? 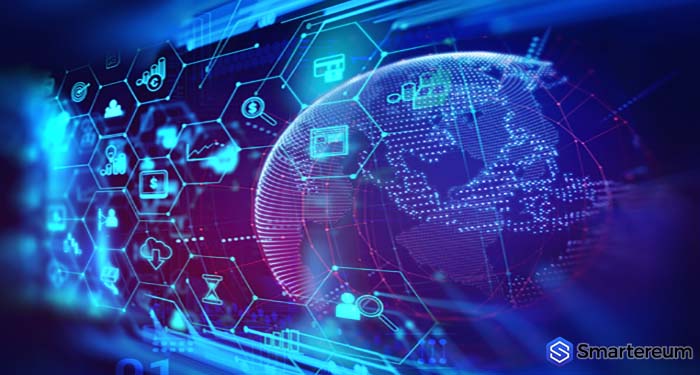 Corrupt relations between media and government, media and business have always brought some problems. Are there any independent media? What means being independent? There are some questions on our minds always but nowadays there are so many exciting Blockchain media innovations to explore also. Can these new projects somewhat change the way of media ownership and contribute to free speech?

What the hell is Blockchain?

Blockchain Technology basically involves a public or private distributed ledger for recording transactions such that they are transparent and cannot be altered. This ledger is maintained by a network of computers hence the term blockchain network. This emerging technology was brought to the fore by cryptocurrency, particularly Bitcoin. But is now been touted as the innovation to decentralize the internet including businesses and services. Originally, blockchain was used to record transactions of digital currencies like Bitcoin (BTC) but is now being applied in various industries where data transparency is an advantage. The media and entertainment industry is beginning to feel the impact as established media firms as well as blockchain startups develop innovative ways to improve processes through the power of blockchain.

Absolutely we cannot expect from Blockchain to solve all the problems faced today by the media and entertainment industry. Not only startups but also media giants like Facebook, Comcast, Warner Bros. are also interested in Blockchain Technology to solve their ongoing daily problems or at least they are making some efforts to adopt Blockchain directly into the existing models not to stay behind developments. Maybe they are afraid of being replaced by some newbies. It is sure that Blockchain is making inroads in the Media sector. Soon blockchain-enabled movies and media content platforms will become as normal as movie streaming services, which at a time was thought infeasible.

How can media giants adopt Blockchain?

It is a fact that big corporates have some institutional problems with adopting new technologies. So sometimes it might be a better way to invest in Blockchain startups and projects other than wasting time solely. Or buying some good startups completely. Like Comcast is investing blockchain startups with its VC arm. The venture capital subsidiary of the media company currently bets on blockchain businesses including a 3.3 million investment with Blockdaemon. Beyond that, the company, which is one of the biggest in the United States, is developing a platform for data exchange across media companies and planning to launch a blockchain spinoff, Blockgraph. Warner Music, on the other hand, is trying to manage its assets using a blockchain system. With its acquisition of blockchain-based music rights management platform Mediachain, Spotify signaled its interest in blockchain application in the industry.

There are new ways and options for funding for Blockchain media startups other than Angel Investors and VC’s. Initial Coin Offerings (ICOs) have become very popular in 2017. In many cases, this crowdfunding method has replaced the traditional VC funds but not without its own downsides. The funding method is facing heavy scrutiny from regulatory bodies including the US SEC following a lot of ICO scams. As the investments just like cryptocurrency tokens are highly speculative, and space is unstable maybe we might need some more time for a better understanding.

Blockchain helps in many aspects of media with cost-effective and verified ways. It also helps with the content rights and reward structure. Users can earn tokens for redistributing, sharing and even commenting on content. And in return, these tokens can be used to purchase other content on the same platform or exchanged with other tokens/fiat.