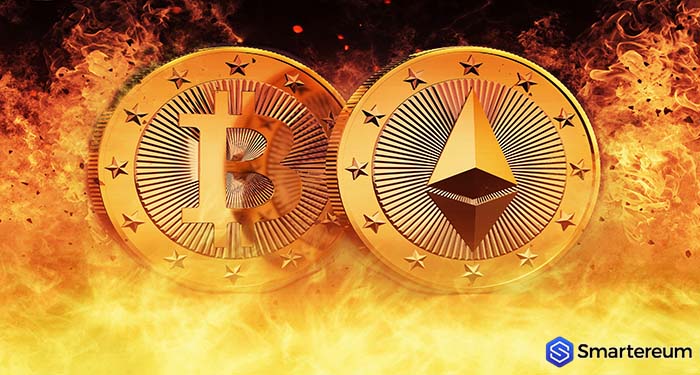 The digital currency market is beginning to recover after a $70 billion decline in just 48 hours. Historically, digital currencies have experienced massive gains during Consensus – a blockchain tech conference in NY. In this article are the present values of top digital currencies, including Bitcoin, Bitcoin Cash, Ethereum, and Litecoin.

Bitcoin experienced a dramatic decline from the $9,900 level down to $8,300 within a period of one week. This level of volatility has not been experienced in a very long time, but it was a surprise to a lot of people after the upside movement seemed to be continuing.

On the first day, the value of bitcoin is sitting right in the cloud, beneath Kijun and Tenkan Sen. These lines are sloping towards one another, showing high momentum and a potential TK cross. The Tenkan-Sen is presently on top and it’s the faster moving average, so if the value starts increasing, the TK cross can be avoided.

Ethereum also experienced a drastic decline, moving from its high of $820 down to a low of $640. This digital currency is still above the cloud, this indicates that the upward movement might not be over yet. The value of Ethereum is presently touching the Tenkan-Sen and bounced off the Kijun-Sen a couple of days back. Watch out for the digital currency for how it reacts to the Tenkan-Sen for potential trade opportunities.

After being the biggest gainer two weeks ago, Bitcoin Cash experienced a significant decrease last week. The digital currency could break out its resistance level and it appears to have found a support level in the green area.

Litecoin also saw a significant decline in its value, from $180 down to a low of $130. The digital currency found support before the local support level highlighted a week ago, after which it bounced off to its present value of $145.