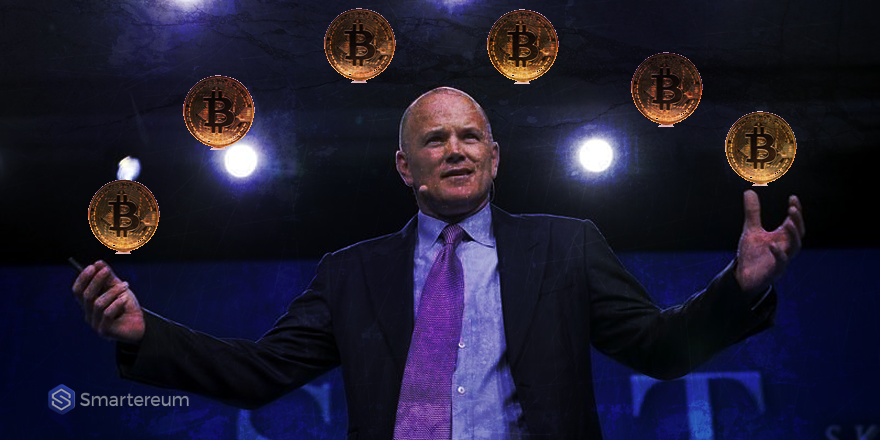 Hedge fund managers are scrambling to grab the pie in the cryptocurrency market. The latest to join the list is Mike Novogratz, previously a hedge fund manager at Fortress Investment Group. According to him, now even the institutional investors would soon adopt a Bitcoins.

He also exclaimed that it is just a matter of time before the financial institutions offer products related to Bitcoins as well as other cryptocurrencies. He’s also of the opinion that this is just 6 months away from happening.

The main reason for this is that Bitcoin is completely decentralized. There is no regulatory mechanism governing the cryptocurrency market. Also, there has been an astronomical rise in the price of Bitcoin in this very year. It has risen over 500% in this very calendar year.

The current price of Bitcoin is around $6500. The volatility which has been seen in Bitcoin in the past is the main reason why institutional investors are staying away from it. During the last one week, Bitcoin has lost at least 33% of its value and thereafter gained at least 10%. The record high for the Bitcoin this year has been around $7400.

He also disclosed that he is holding around $ 20 million in Bitcoins which he invested during the recent fall. Even though the institutional investors are turning in favor of the Bitcoin, it doesn’t reduce the risk of investing in it and the dangers which come along with it. For example, the largest Bitcoin exchange in 2013 Mt Gox closed down after accepting the fact that they had been hacked and millions of Bitcoins were stolen.

He also mentioned that he missed an opportunity by not investing in cryptocurrencies at the start of this year. According to him, Bitcoin would at least reach $ 10,000 by the end of March 2018.

He recently launched his own cryptocurrency fund as well. He also disclosed that he would be himself voting in around hundred million dollars in this fund. The fund would be holding over 30 different cryptocurrencies in order to diversify and capture the upside.

Of course, whether he is right or wrong, only time will tell. But Novogratz is surely one among the many who are now trying to capture the upside in cryptocurrencies.