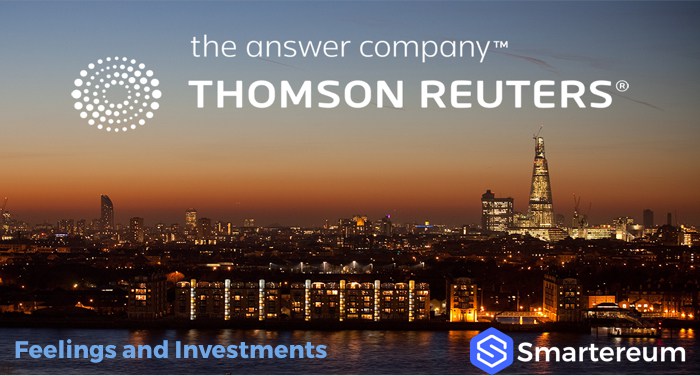 Thomson Reuters news service announced on its website Monday, that it was launching a new Cryptocurrency Real Time Rates data feed. The rates which will originally cover six cryptocurrencies would be available through a customized API on Thompson Reuters Eikon platform.

According to the statement, the feed will provide “reliable, real-time information from six currencies across major cryptocurrency trading exchanges.” Japanese exchanges, BitFlyer and BitPoint would supply Reuters with the rates for their data feed.

“The immense growth in the cryptocurrency market in the last decade highlights the strong momentum around this new technology and tradable asset class. Thomson Reuters Cryptocurrency Real Time Rates enhances our rate offering and helps create a transparent and efficient global marketplace, vital to the future stability of cryptocurrency trading to support the investor.”

Reuters’ virtual currency tracking feed comes shortly after the new outlet conducted a survey which showed that cryptocurrency trading was set to increase in 2018. About 20 percent of about 400 participating financial firms considered trading cryptocurrency in the next three months to one year.

According to the announcement, Reuters said its goal with the cryptocurrency rates feed was to “encourage efficiency and transparency within the global marketplace for cryptocurrency investors.” In March the media giant had launched MarketPsych, a bitcoin sentiment data feed which uses artificial intelligence to measure intangibles like ‘fear’ and ‘greed’ thereby giving investors a rare insight into opportunities.

Mainstream interest in cryptocurrency has grown in 2018 following the introduction of the first Bitcoin futures contracts by CME in December last year. By April, CME sold a record volume of Bitcoin futures contracts. The exchange just partnered with UK-based cryptocurrency exchange Crypto Facilities to generate a daily price benchmark for Ethereum.

Representatives from both cryptocurrency exchanges BitFlyer and BitPoint expressed delight at their participation with Reuters.