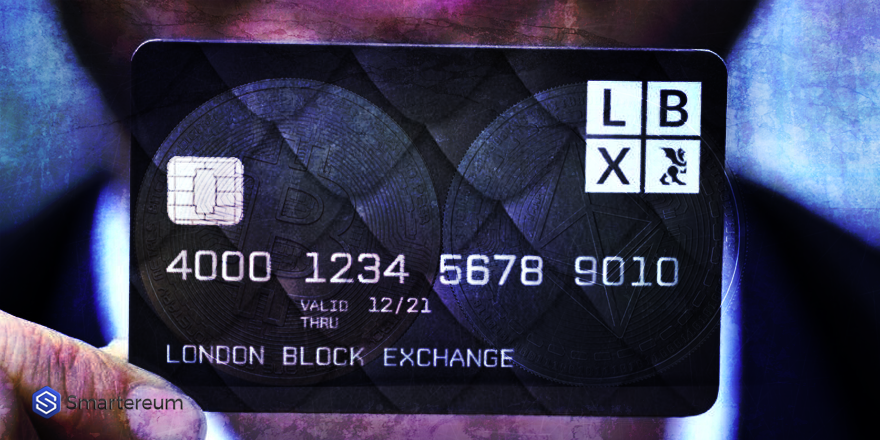 The speed at which cryptocurrency is going main stream is increasing. Recently, a startup headed by an ex-Credit Suisse executive is looking to take a step in that direction by launching Dragoncard – a prepaid debit card which would enable you to spend cryptocurrencies.

The company, which goes by the name of London Block Exchange, recently stated that they would launch a debit card by the name of Dragoncard which would allow users to convert fiat currency from British pounds to cryptocurrencies like Ethereum, Ripple or Litecoin. The start-up has also stated that down the line, there would be more cryptocurrencies which would be included in this list.

LBX founder and CEO Ben Dives said in a statement:

[perfectpullquote align=”full” cite=”” link=”” color=”” class=”” size=””]”Despite being the financial capital of the world, London is a difficult place for investors to enter and trade in the cryptocurrency market. We’ll bring it into the mainstream by removing the barriers to access, and by helping people understand and have confidence in what we believe is the future of money.”[/perfectpullquote]

The card is backed by Visa. It would be issued by prepaid card provider Wavecrest. The debit card would be directly linked to a mobile application which would allow the users to buy the cryptocurrencies. Customers can easily withdraw with the help of debit card as well. The currency withdrawn would be Sterling.

The start-up has so far raised €2 million from private investors. The executive chairman of LBX is Adam Bryant who is another veteran of Credit Suisse. He is of opinion that the cryptocurrency market in the United Kingdom would change by this offering as it would make it easier for the normal individuals as well as institutions to use cryptocurrencies directly.

The startup plans to charge 0.5% for any transactions in cryptocurrencies and also the debit card would cost €20 which would be an upfront fee. The startup has also stated that there would be a small fee for withdrawals from ATMs.

The launch of this debit card coincides with the rise in cryptocurrency values. Bitcoin alone this year has increased by more than 500%. The total valuation of different cryptocurrencies combined is around $200 billion. This rise in the cryptocurrency market is also fueled by the ICO’s which are currently coming to the market.

LBX may be one of the first companies to provide such a debit card, but given the increasing popularity of the various cryptocurrencies, it won’t be the only one for too long.