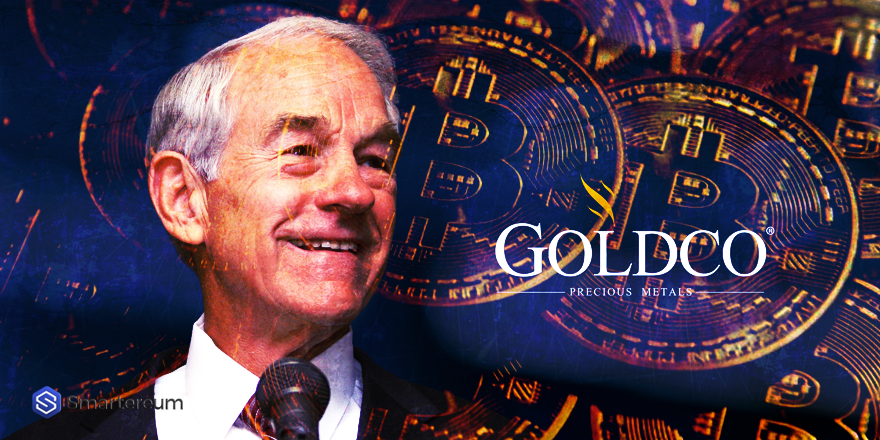 The list of celebrities endorsing Bitcoin and other blockchain technologies is endless. The latest to join the list is the former presidential candidate Ron Paul. Ron Paul was recently hired by a company which has been promoting retirement solutions based on Bitcoin. Ron Paul recently highlighted the benefits of keeping the savings in Bitcoin. This was done for the subsidiary of the company Goldco.

The company has also launched a video where Ron Paul promotes Bitcoin retirement solutions. Paul has been pretty skeptical of fiat currency since a long period of time. That is why it comes as no surprise that he has undertaken this endorsement. According to Paul, he believes that Bitcoin actually opens up new investment avenues in financial opportunities for ordinary citizens.

In the last couple of years, many such companies have already raised a significant amount of money. One such company raised $2 million in funding within the first 6 months of its launch. Also, many of the investors are not shying away from investing in Bitcoin-based options as the amount of return which they would be able to get is significantly higher.

Moreover, when they are investing a part of the total amount in cryptocurrencies, it becomes easier for them to diversify their investment and retirement accounts as well. Due to this very reason, they are able to get a significant amount of return as well as reduce the risk which they have. This is one of the main reasons why many of the investors are actively looking at the options of crypto currency-based retirement accounts which would fetch them superior returns.

In the longer term, however, it remains to be seen whether such a move in the cryptocurrency universe is actually beneficial for the normal investors or not. Since the volatility in most of the crypto currencies is also on the higher side, it remains to be seen whether in the longer term, the investors reap the benefits or not.