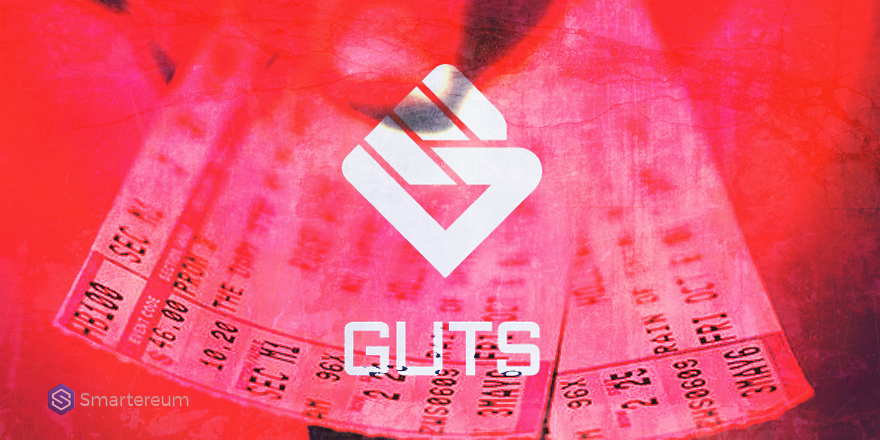 The amount of money which companies are often able to raise through the ICOs has been increasing day by day. Recently, the ICO by a ticket provider by the name of GUTS was able to raise at least $ 2.5 million within a few hours of the launch of the ICO.

The company based out of Amsterdam is aiming to create a ticketing system which is entirely transparent. The overall aim of the company is to raise at least $17.5 million. The ICO opened on November 15. The company has already tested its business model and has been selling tickets with the help of logs and technology from 2016. It has also entered into various alliances with event managers as well as other firms which organize such events. Due to the alliances which are already in place, the firm is set to do brisk business in the future as well. According to the current growth trends of the firm, it is slated to sell at least 1 million tickets in 2019.

According to the CEO of GUTS Maarten Bloemers, one of the main reasons why they decided to launch their own token was to expand the entire ecosystem so that they are able to reach out to more people and they are able to create a transparent ticketing system.

Bloemers mentioned that there is a lot of opposition to a transparent ticketing system. Currently, the secondary ticket market is entirely opaque. It is dependent on demand and supply and therefore many times, customers are paying a significantly higher premium in order to get the type of tickets which they want. However, with the launch of the ticketing platform which is provided by this company, there is an increased amount of transparency in the secondary ticketing system as well. With the number of tickets by GUTS sold increasing year by year, you can indeed be sure that not only ICOs would actually the cost of the token would increase significantly in the future as well as the company becomes increasingly successful. As more and more people realize that they would be able to buy the tickets from the secondary market at affordable rate, the website will become more popular.

The popularity of the website is evident from the fact that it was able to raise $2.5 million within the first few hours. In the coming days, it is expecting to meet its goal of $17.5 million.