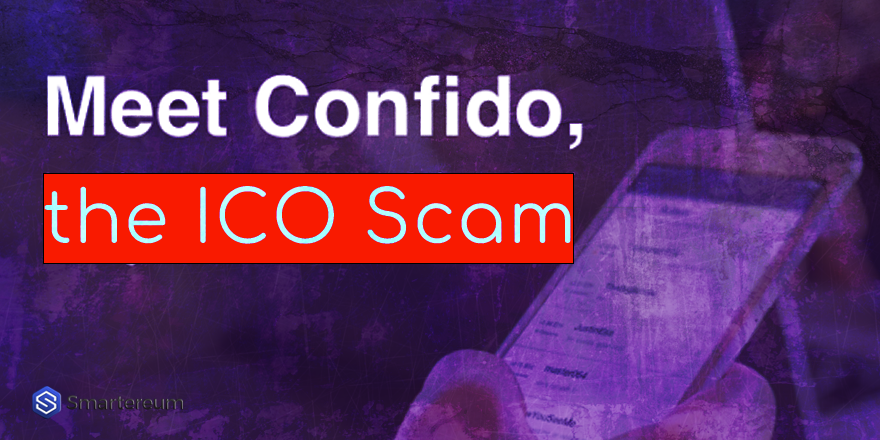 Due to the decentralized cryptocurrency market, many of the investors are always worried of frauds. One such fraud is done by the company named Confido, which disappeared after raising over $374k. The company had launched the ICO on the pretext of launching a service for tracking as well as managing shipments all over the world. It was based on the Ethereum platform. The ICO ran from November 6 to November 8.

However, on the last weekend, the company deleted its Twitter account and also deleted the website. An individual representing the company also posted on the platform, Reddit that they were having certain legal problems due to which, they were not able to continue with the cryptocurrency.

The company representative mentioned that the legal problem would be solved pretty soon. However, they failed to provide 100% assurance to the investors that they would indeed solve this legal problem. Confido had a market cap of at least $10 million till last week. However, the tokens are now worthless as the company has disappeared. Many of the users are venting their anger on the Bitcoin forums.

The company on whose platform, the ICO was launched is busy answering people’s queries but it cannot seem to do much as well.

Even though many of the other cryptocurrencies have not been able to gain traction around building applications, Ethereum has not only found a significant number of applications but also has increased in value as well. Moreover, a majority of the ICOs are being launched on the Ethereum platform as well which is giving a further boost to the platform. Also, the cryptocurrency Ether has increased significantly in value over the last one year.

However, this scam is actually raising plenty of questions when it comes to ICOs by different companies. Many investors were already reluctant to invest in ICOs of companies which are lesser known. It remains to be seen how investors would now react to ICOs from newer companies. The gold rush of ICOs has received a black eye in the form of Confido disappearing after raising a significant amount of money. The question which most of the investors are asking is what they can do in case the company whose cryptocurrency they are holding disappears. So far, the investors simply have no clue regarding the answer.