Though Bitcoin and other cryptocurrencies were on a great focus in 2017, attention has now turned to the underlying blockchain technology. Other than just fueling Bitcoin, blockchain has many more potential use cases and practical applications. Some people thus believe the launches high-performance operating systems represent Blockchain 3.0 – if you call Bitcoin as Blockchain 1.0 and the initial emergence of smart contracts as Blockchain 2.0. The third-generation platforms should be stable, fast but also accessible enough to support many developers to create DApps used by millions or even billions of people.

Xunlei, known as a leading internet firm in China for its P2SP and distributed computing capabilities, went live a super blockchain infrastructure ThunderChain in late April. On May 16, Xunlei further announced the underlying technology is now open for global DApps developers to create applications and connect with over 400 million users currently using Xunlei’s products and services.

ThunderChain is outstanding for its speed as compared with other blockchains: it is based on a proprietary homogeneous multichain framework that can realize confirmation and interaction among homogeneous chains and enable multiple transactions to be executed on different chains in parallel. The network can theoretically process millions of transactions per second. ThunderChain supports smart contracts written in the Solidity language, making it compatible with Ethereum and a range of existing applications that use this system. ThunderChain relies on Practical Byzantine Fault Tolerance, an algorithm developed in 1999 by MIT professors. The PBFT-based architecture is proved robust enough that unless most of the nodes in the network are compromised, the system itself is able to dismiss these defective results without a centralized authority. 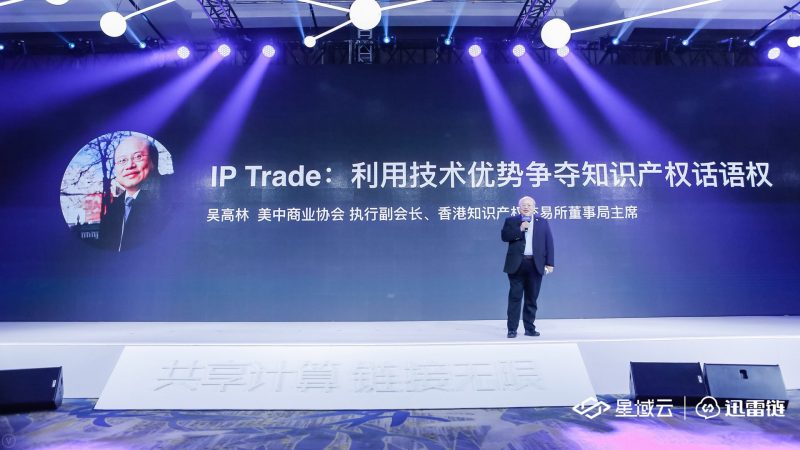 (Colin Wu, Executive Vice Chairman of the Board of Directors at US China Business Association, demonstrated how ThunderChain can support a global IP trade system)

Xunlei said it has been working with its partners in widening the use cases of blockchain in different industries. For example, China’s One Foundation, which was founded by movie star Jet Li, is working with Xunlei to utilize blockchain for disaster prevention and donation information management. ThunderChain can also be proved useful in other areas such as healthcare, IP exchange and house rental fields – a gene research program uses ThunderChain to offer a secured yet affordable approach to individuals in sharing and testing their genes.

Along with the improved blockchain technology, Xunlei is making a major push to encourage developers to build apps optimized for blockchain and its ThunderChain platform. ThunderChain developers will receive a variety of investment, marketing and technical support. These includes 300 million LinkToken, the number of digital tokens initially reserved internally for operational purpose, rewarded to developers for the sole purpose of research and development. 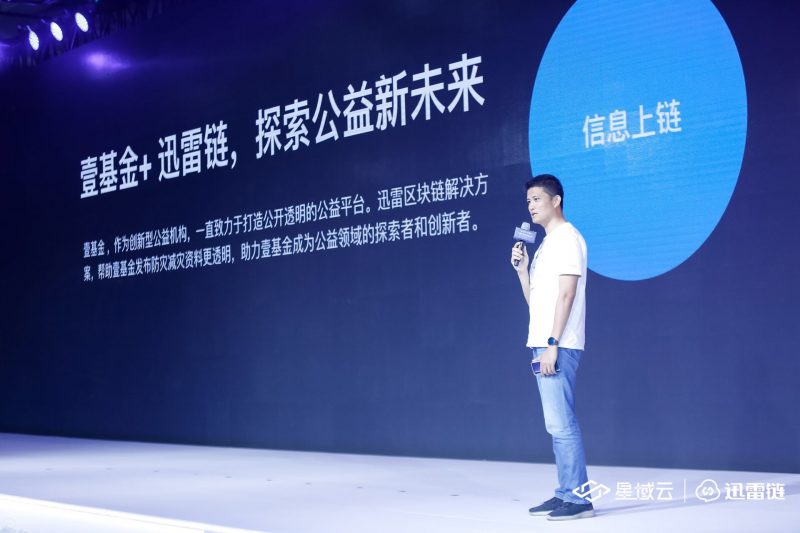 (Earven Ding, Deputy Director at One Foundation, discussed the partnership with ThunderChain to create a new future in philanthropy)

Earlier Xunlei also initiated a global competition to cultivate blockchain talent and promote practical applications. Over one million Yuan (approximately $160,000) will be given to the winners, and winners or even non-winners, who have promising projects, will receive business incubation and media exposure in addition to the cash prizes. To attract global submissions, an English-language webpage describing the event has been published and ThunderChain’s technical details are also released in English and Chinese versions.

Bitcoin and Ethereum have shown the industry something considered impossible before. But they are far from being perfect. People are waiting for the major breakthrough technology in blockchain to fundamentally reshape the future on how we work and live together. Will it be Ethereum, ThunderChain or something else? There might not be a definite answer very soon, but we all have the opportunity now to witness and even participate in one of the biggest innovations in this century.