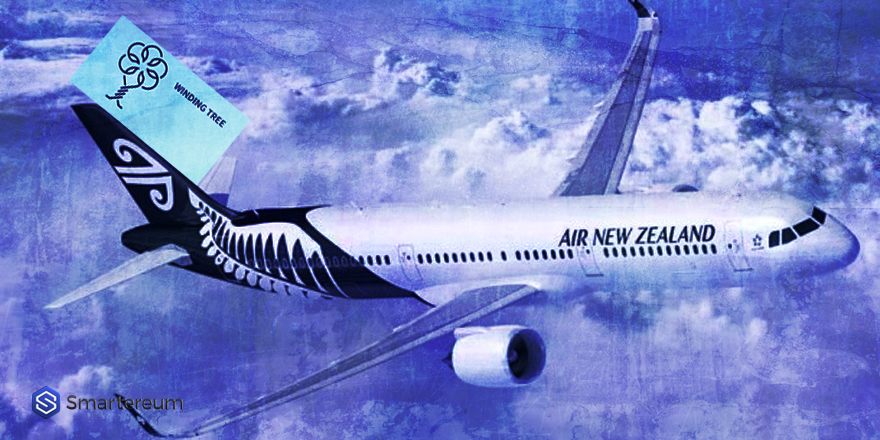 Air New Zealand has tied up with Swiss firm Winding Tree to explore the blockchain technology opportunities. The airline industry is always at the forefront of adopting new technology in order to protect its wafer thin margins and possibly increase the margin so that they are able to insulate themselves against any volatility in the input costs.

The main aim of this tie-up is to utilize the blockchain technology in order to provide an enhanced security to the airline and also to ensure that the efficiency of services is increased significantly.

Air New Zealand further commented that blockchain is being looked into in order to create a loyalty program for its customers as well. Also, according to the airline, the blockchain can be used in the future in order to provide more affordable airfares to the consumers as well as syndicate the ancillary segment with the airline.

The main aim of the airline is to make the flow of information faster with the help of blockchain technology which would reduce the cost which can be passed on to the customers.

Air New Zealand further commented that it is investing in the ICO by Winding Tree. The amount, however, was not confirmed. The ICO is slated to go online on Feb 1, 2018.

Winding Tree had also announced its partnership with Lufthansa in October. The aim of that partnership is to develop a marketplace which is based on blockchain and  cryptocurrency token.

Many other airlines are also of the opinion that the blockchain technology can create and make a difference in the travel industry.

Airline S7 from Russia is already using the blockchain based on Ethereum to sell the tickets. Air France also announced a tie-up last month in order to further explore the blockchain technology to streamline the aircraft maintenance.

Similarly, there are many other airlines which are taking the initiative in order to utilize the blockchain technology to make the day-to-day working of the airlines smoother and cost-effective. With the additional savings, the hope is that airlines’ profits would increase and their wafer-thin margins would increase. This is one of the main reasons why more and more airlines are looking at the opportunity which the blockchain technology provides.