Blockchain technology has been posited as the technology that would change everything. It is common to hear blockchain touted as a panacea to all that is wrong with conventional centralized systems. Along with the buzz that accompanied several blockchain trails, proponents believe blockchain will disrupt just about any sector. But how true is this?

Social Organizations like the United Nations and World Bank have all have been quick to explore the benefits of blockchain technology for their projects. For instance, United Nations World Food Program (WFP) trialed ethereum blockchain for tracking food supplies to refugees in Syria more recently, for children in Tunisia.

While the successes (or lack of) cannot be easily substantiated, there’s reason to believe that the blockchain innovation is not yet living up to its hype.

Michael Pisa, a former official at the U.S. Treasury Department, says that the number of actual projects carried out using blockchain for social development is rather small compared to the buzz and hype surrounding the technology. He notes that top development banks and social organizations like the World Bank, the United Nations, and the USAID have pursued blockchain adoption for quite some time and as such more concrete implementations are expected. However, this is not the case, leading him to infer that they didn’t rightly portray blockchain—its benefits and the limitations to adopting it.

In his essay, Pisa writes:

“This imbalance has led to unrealistic expectations about what blockchain solutions can do, how easy they will be to implement, and how quickly they can scale, if at all. The result has been a widening gap between expectations and reality that has naturally led to growing skepticism.”

Pisa, who is a fellow at the Center for Global Development in Washington, D.C., is not carried away by the hype and lure of blockchain tech. He is of the opinion that the approach of these early adopters of the emerging technology either overstated its benefits or didn’t prepare for the challenges of implementing blockchain solutions. He advises these bodies to “recalibrate” their approach. First, they must be realistic about what blockchain can actually achieve its use cases, its limitations, and barriers to its adoption.

Blockchain does not replace Trust Relationships

In his argument, Pisa tackles the perception that blockchain technology would substitute conventional trust relationships. This is a “misnomer” Pisa says explaining that blockchain, by design addressed trust issues specifically associated with value transmission over the internet. Issues like the double spend problem and not human trust interactions. He explains:

“When the problems we want to solve involve changes in the real ‘off-chain’ world, the need for human agency, and therefore trust, remains. For example, creating a blockchain-based land registry does not remove the need to trust the bureaucrats who upload land titles because, like all databases, blockchain does nothing to improve the reliability of inputs.”

Blockchain is not economically viable yet

Pisa encouraged the blockchain community to focus its efforts on developing the technology and tackling its limitations and challenges to its adoption. He believes blockchain is not ready to use because the benefits it promises are countered by the costs and complexities of adopting it.

Furthermore, Pisa pointed out that most advancements in blockchain solutions are coming from isolated systems—that is, closed, permissionless systems. And according to him, this would aid the ‘centralized’ companies who are developing it long before the talk of a disruption. In his words, “These closed networks are much more likely to help centralized actors achieve efficiency gains than they are to lead to their displacement.”

While the potentials of blockchain and distributed ledger technologies are immense, there are real challenges moving from a centralized system to decentralized networks. This is a major challenge that hiders the adoption of blockchain solutions.

Here’s the height of the complexity. Multiple data management platforms use different encryption systems, consensus protocols making it difficult to operate between these systems. And though there are established minimum requirements, there’s a lack global standards on how exactly data should be managed. This makes it difficult to switch to a singular blockchain network and definitely hinders its scaling. “The more difficult challenges involve getting multiple actors to agree to a common set of standards and establishing legal and regulatory compliance,” Pisa wrote.

Pisa recommends more blockchain research and development but not the generic kind that seems to have permeated the space. He calls for more technical and application-specific analyses of blockchain projects. According to him, “there is a glut of ‘blockchain for development’ surveys, including this essay, and none are terribly useful.”

“Blockchain start-ups are often quick to publicize their pilot project ‘successes,’ while failing to provide metrics to support their claims. Without this data, the development community will struggle to determine what approaches are most likely to work and at what cost.”

A general assumption that blockchain and other decentralized technologies would improve centralized systems will not suffice. 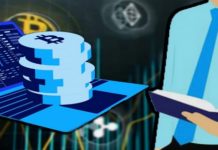 Why Should You Invest In Cryptocurrencies