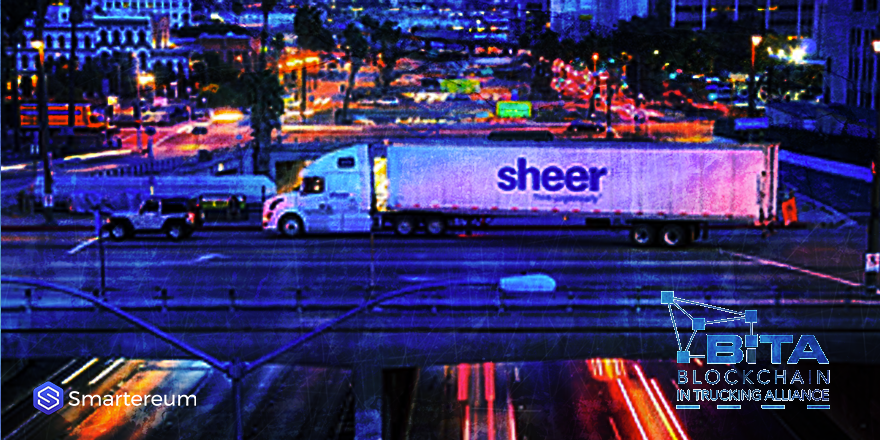 The Blockchain in Trucking Alliance, also known as BiTA, seems to be gaining more and more impetus. The latest to join the Alliance is Sheer Logistics. According to the association, blockchain technology has a significant number of applications in the logistics industry. That is why the alliance is trying to get more and more members together in order to accelerate the usage of this technology.

According to the VP of Sheer Logistics, Rob Cook, the reason the company decided to join the Alliance is that the association is trying to utilize blockchain in actual logistics applications. According to the company, such applications would not only improve transparency but would also provide better services to its customers on a global scale. Each step of the process would be entirely transparent whether it is passing the goods through the customs or settling the payment among the different vendors. According to the company, if at all successful applications in the logistics sectors are developed with the help of blockchain technology, they would like to be one of the the first ones to use it.

The BiTA was formed in August 2017 and since then, it has marketed itself as an alliance which is actively developing a logistics solution based on blockchain technology. The members of the alliance often hold meetings as well as conferences in order to discuss the various ways in which the blockchain technology can help the logistics sector to gain more trust from the customers and to make the entire process pretty transparent as well. Once a proper framework has been created for the entire logistics sector, it would be easier for them to gain consumers due to the added transparency.

Sheer Logistics, based in St Louis, Mo, provides multimodal freight services as well as trucking services. It was founded in 2009.

The interesting thing about this alliance is that it has been consistently gaining more and more members. However, there is no launch of any platform or product by the alliance yet. It remains to be seen whether the efforts of the alliance bear fruit in the near future. If indeed, that happens it would be one of the first alliances among the transportation sector to come up with actual solutions which can be used by the providers based on the blockchain technology. Till then, however, the members of the alliance would have to wait in order to get a platform based on the blockchain technology which would help them provide better services to their customers.