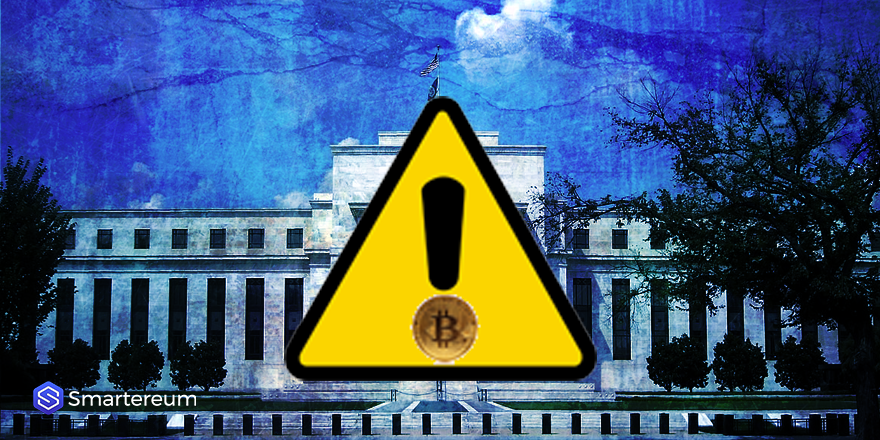 It is common knowledge that the US Federal reserve is against Bitcoin. However, the Fed seems to be issuing warnings against Bitcoins on a regular basis. Currently, as well, it has issued a warning as Bitcoin crossed over $11,000. It has stated that holding onto Bitcoin as well as the increased usage of Bitcoin could cause financial instability. This can also be due to the fact that over the last 48 hours, there was at least a 10% to 15% reduction in the price of Bitcoins before it bounced back to touch new highs.

According to the Vice Chairman (Supervision) of the Fed, Randy Quarles, as Bitcoin gains wide scale usage, the risk would increase even more as there is no intrinsic value to it. Bitcoin does not owe its liability to any institution as well which would increase the risk as well. Most of the people currently do not understand how to treat a digital asset like Bitcoin.

According to him, one of the key risk when it comes to increasing usage of Bitcoin is that the currency exchange rate between US dollar and Bitcoin is not fixed. It can vary greatly. In the last few years, it has increased significantly as Bitcoin became more valuable. This would indeed become a risk whenever there is a high volatility in the price of Bitcoin.

Many of the cryptocurrency experts and enthusiasts think that Bitcoin is actually the successor to the US Dollar. However, even if true, it still has quite a way to go. Also, it is not backed by any rules and regulations from the US government. However, the speculation has increased the price of Bitcoins and many of the traders are making a large amount of money by trading in Bitcoins on a consistent basis. The current hype in Bitcoin has increased its price significant which is making the investors happy and making them invest a large amount of money in Bitcoins.

Moreover, the ease of transfers internationally with the help of Bitcoins is attracting more and more investors towards Bitcoins which is again increasing the value of Bitcoins. Such warnings from the US Federal Reserve have been issued in the past as well but it remains to be seen that in the long term whether it has any effect on the price of Bitcoin or not. In the meantime, Bitcoin continues to increase in price and is continuing to head to new highs as well.