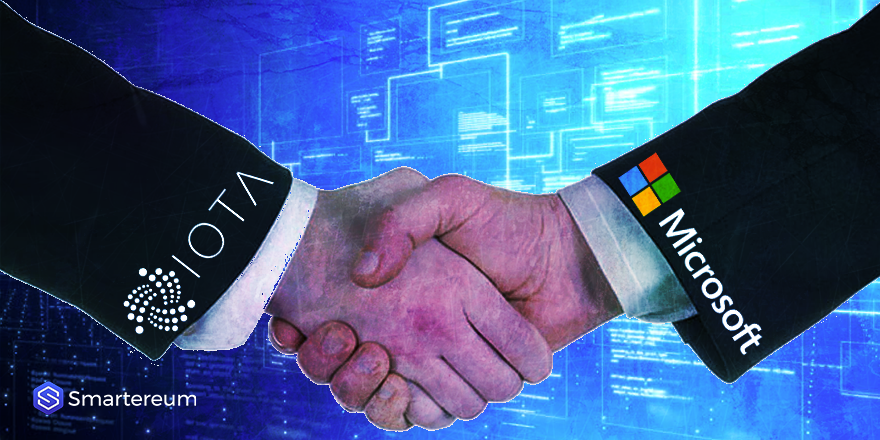 IOTA recently announced that it is partnering with a host of reputed organizations like Microsoft, Bosch, Fujitsu in order to gain technological leverage. The aim of IOTA is to use the distributed ledger technology with the technological expertise of the above-mentioned organization. IOTA also initiated an ICO earlier in the year in order to launch their token.

The company has stated that it has launched a revolutionary product based on the blockchain technology known as tangle. The company aims to provide data transfer through the various devices as well as buying and selling of the databases consisting of the information on various devices with the help of this blockchain based solution.

The first demo of the platform is slated to open in February 2018. Also, according to the co-founder of the company David Sonstebo, the aim is to create a platform which would allow the data flow among various businesses which would be beneficial for not only businesses but also researchers enabling businesses to buy or sell the data which is in demand. This would open up a new paradigm for the data economy which would benefit the seller as well as the vendor.

IOTA is also of the opinion that the data which is collected would be further improved with the help of Internet of things devices. Moreover, with the help of micro-payments, the buying and selling of data can be easily achieved as well. Due to this reason, it is positive that a lot of companies would be participating on its platform. It remains to be seen how much traction, the platform is able to receive after the first demo which is scheduled for January of next year. For now, however, in the age of big data, such a data-driven platform on which businesses would be able to easily buy and sell would indeed be useful for many enterprises.

If businesses are able to interact with the data available for selling, it would speed up research as well as cooperation between different businesses which would make innovation much more easier. The aim of the company is to provide the default and standard platform in order to buy and sell the data for the companies. With the help blockchain technology, the authenticity of the data can be verified as well which would make the transactions much more secure on the platform and ensure that companies are able to get genuine data.