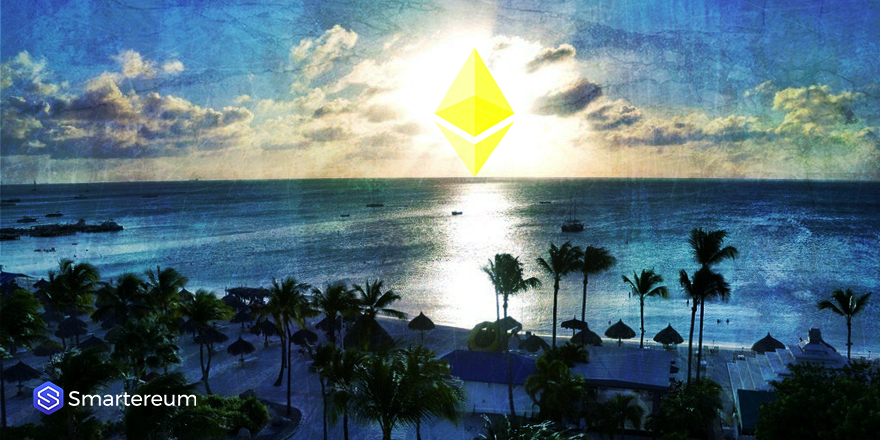 Aruba is being proactive when it comes to the use of blockchain technology. In order to keep the flow of tourists from overseas coming to its coastline, the country is planning to use the blockchain technology. The island in the Caribbean relies heavily on tourism in order to generate revenue for itself. The total number of tourists throughout the year is 1.2 million.

The problem which the island nation faces is that there is a virtual monopoly of the bigger platforms like Expedia and Priceline which control the entire price when it comes to tourism to this island nation. The problem is that this can undermine the interests of the nation as the prices can be kept artificially high in order to discourage the tourists from visiting the island nation.

In order to avoid this threat, Aruba is planning to use blockchain in order to create a proper marketplace for tourist to book the hotels as well as airline tickets with complete transparency. In order to do so, the island nation has signed up with the company by the name of winding tree.

The company would build a platform which is based on the Ethereum cryptocurrency. It would be built using the blockchain technology and would connect the tourists directly with the suppliers. This would eliminate any need for middlemen. Once the need of middlemen is eliminated, it would be more cost-effective to visit the nation. The country thinks that this would bring in more tourists each and every year to the island nation.

In the last few years, the island nation is investing heavily in technology, which would bring in more tourists. It also invested in the smart island strategy in order to make it easier for the tourists to not only enter the island but also move around quite freely as well as introduced biometric checks at airports. Moreover, the country has invested heavily in renewable sources of energy in order to maintain the fine ecological balance on its islands.

This integration with blockchain in order to create a transparent platform is the latest in its long list of measures which it hopes would bring in more tourists to the island nation. One of the main reasons why this can have a positive impact on the number of tourists visiting the country each and every year is because the base is small and with the help of the blockchain technology, the island nation would be able to get a large number of tourists from all over the world.

One thing which is for sure is that the island nation is certainly proactive in using technology in order to boost the tourism industry.