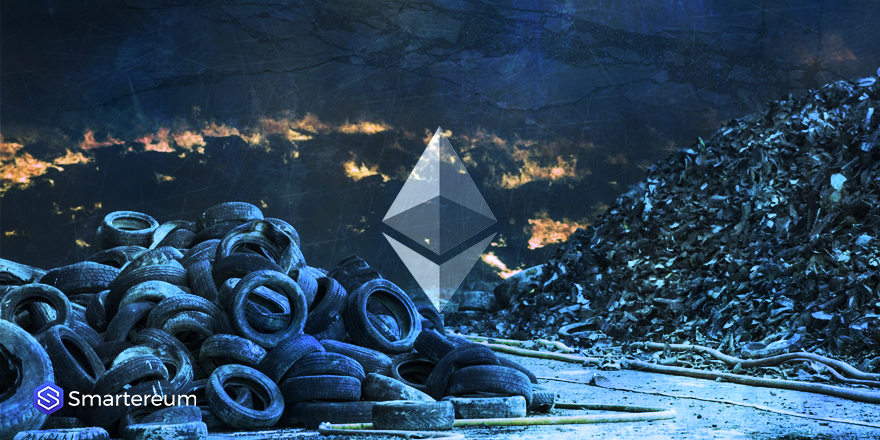 Many of the cryptocurrency investors are looking for ways to profitably mine them. The demand for cryptocurrency mining has been increasing day by day. Also, more and more companies are coming up with innovative ways to mine cryptocurrencies. The latest to join the list are two different companies from the United States – Standard American Mining and PRTI, who are using old tires to generate the energy which is required for Ethereum mining. Even though with the number of miners increasing day by day, mining cryptocurrencies is not as profitable as it was in the past but still, there is a decent amount of money which can be made by mining cryptocurrencies as long as the cost of electricity is on the lower side.

The companies have joined hands to create a large-scale Ethereum mining operation by using old tires to generate the energy needed. The byproducts which are generated by burning the tires are used to fuel the turbines and generate the electricity which is needed in order to run the mining operation.

Even though the method to generate energy from waste products has been around for quite some period of time but it is not largely used. When there is enough incentive to use this technique like in the case of cryptocurrency mining, it is obvious that sooner than later, companies would be using this source of fuel in order to generate some profits while mining cryptocurrencies.

The cost of this energy is also on the lower side which ensures that Ethereum mining, as well as mining of other cryptocurrencies, becomes much more profitable. The only downside is that the chemicals which are produced by burning can harm the environment significantly. Due to this very reason, it is important to have a proper disposal mechanism for these chemicals so that they do not impact the environment.

One more thing which is concerning is that the number of greenhouse gases which are emitted by burning the waste products are more as compared to using renewable power sources. That is why it remains to be seen whether there are specific guidelines in order to use these products for generating energy.

For now, however, the companies are surely using an innovative way in order to mine the cryptocurrencies by using low-cost energy resources.