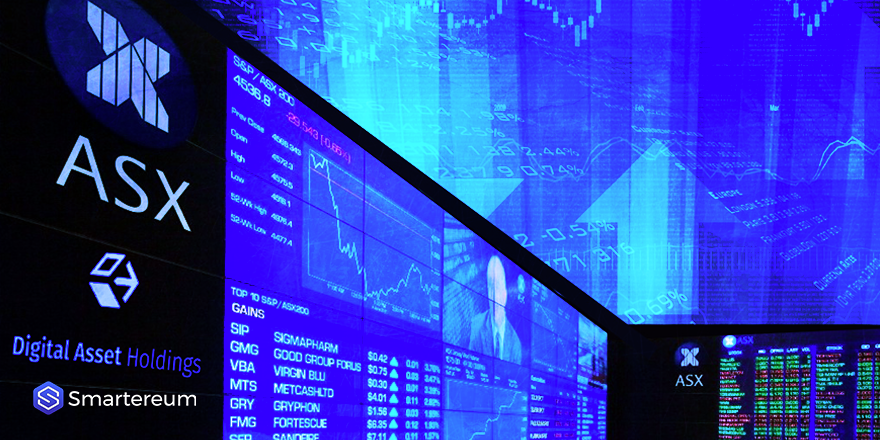 The Australian Securities Exchange (ASX) recently announced that it would be adopting the blockchain technology to run its trading platform. Blockchain technology is that which is powering the cryptocurrency space. The main advantage of this technology is that it is not centralized. Thus, it provides continuous connectivity and seamless transactions as well as transactions which are verified before being executed. Australia is the second this week, after France, to announce a blockchain-based trading platform.

The ASX, however, has been designed to the platform which would use the distributed ledger in order to replace the current system which is based on settlement and clearing. The exchange has partnered with the digital asset holdings which is a start-up in the blockchain space and is located in the United States. But the companies have tested the blockchain technology on the trading platform and are finally of the opinion that the blockchain based trading platform can be brought online.

The main advantage of using the blockchain based trading platform is that it would reduce the transaction cost significantly. Also, it provides a secure private network for the transactions to take place which improves the security as well. Moreover, since the transactions would be verified pretty quickly, the settlement would be done quite quickly as well.

The ASX plans to launch this trading platform from March 2018. According to the CEO of Digital Asset Holdings, Blythe Masters, the launch of this particular platform is evidence that the blockchain technology can be used in a wide variety of other applications as well.

Even though most of the companies in the financial space are still skeptical about Bitcoin, it and other cryptocurrencies, have their own backers as well. It remains to be seen how successful is the launch of the platform that is based on the blockchain technology. One thing is for sure is that the applications of blockchain technology are increasing day by day.