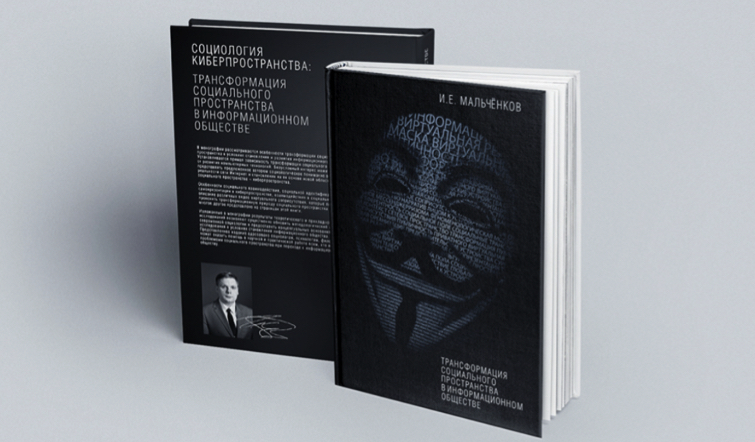 “I don’t doubt at all that virtualization is useful in some areas. What I doubt rather strongly is that it will ever have the kind of impact that the people involved in virtualization want it to have.” —Linux Papa

Cyberspace, an abstract concept in philosophy and computer science, represents the virtual reality in computers and computer networks. Cyberspace is the combination of cybernetics and space, first coined by the Canadian science fiction writer William Ford Gibson in his short fiction story Burning Chrome, published in 1982 in Omni, and later popularized in another work of fiction Neuromancer. What is utilized in cyberspace is knowledge. In some sense, the birth of cyberspace has affected not only the cultural exchanges among human beings, but also the relationship between people and systems. From the sprouting of the service network, driven by the machine revolution in the 1960s, to 1995 when agent was treated as the most important environment, and then to the current stage where the web-based Internet is primarily composed of centralized search engines, recommendation systems and network constructing systems. Internet users all over the world have lost the sharing spirit based on independence, freedom and equality, aspects that were embodied in the essence of computer usage when the technology was initially developed. And then, in 2008, the blockchain was born and people began to see an opportunity to reach a consensus regarding new technological freedom and choices.

Today I would like to introduce SCRY.city, a cyberspace constructed by blockchain within your reach. In the alpha SCRY.city, a parallel space where smart contracts are used as objects, people exchange knowledge or real data by using their individual capacity for knowledge, judgment and predication, with less reliance on physical space. In the decentralized data contract world, SCRY.city can be used to choose a flight insurance contract for an international flight in the real world, and to participate in data contracts for anything, from global sports events to financial indices and futures.

The computer, which is undoubtedly the greatest invention in the 20th century, is a product that combines software and hardware. John von Neumann is considered to be the “father of computer,” mainly due to his contribution of specifying how data should be organized within a computer: namely, as a binary system.

As for computer mathematics, all callbacks in a machine are data, and computer programs are backed by numerous scientific theories. For example, proving Godel’s incompleteness theorem in mathematics is complicated and lengthy. However, with Turing’s Rule, this job is a piece of cake for a computer. Computer science and the development of self-governing blockchain information theory have exerted huge influence on mathematics, and vice versa. In SCRY.city, reasonable acts made by a contract agent are permitted. Sufficient data verification allows for better decisions made with knowledge verification and reasoning. In addition, self-governed smart contracts are fully authorized to make judgments without the need to request licenses from decentralized third-parties.

In real society, we are restricted by different cultural and regional systems. For this, SCRY.city provides a contract space consisting of the third type of real data and paralleling to the data dimension in the real world through blockchain technology, a creative process full of great innovations in blockchain development.

The current information explosion is exactly the situation described by artificial knowledge scientist Herbert Alexander Simon[1] 50 years ago: What information consumes is rather obvious: it consumes the attention of its recipients. Hence a wealth of information creates a poverty of attention… The scarce resource is not information, rather it is the processing capacity needed to attend to information. Attention is the chief bottleneck in organizational activity. We believe that the greatest value will be built when information is stacked into countless distributed digital information packs which users can freely filter and organize.

When you wake up in the old world
There is only one reality and only one knowledge.
We hold that neither reality nor knowledge is obscure.
Knowledge is as large as reality, nobody can totally understand either.
Categorized information exploding out of a computer screen is rushing into your eyes, eventually you have to receive information pushed as a result of computation verifications.

Open SCRY.city, the new world
Create screening devices in exits rather than entrances of distributes nodes.
Place each leaf onto as many as branches as possible.

They will produce golden fruits in this borderless territory.
Everything is metadata and everything can be treated as the data label for smart contracts.
Stop control and choose whatever you like

Blockchain data contracts have been updating our knowledge of what logic and computation can achieve. The Euclid algorithm, used to calculate the greatest common divisor, is generally considered to be the first outstanding algorithm. In 1936, Alan Turning attempted to precisely depict which functions are computable. The Church–Turing thesis states that a Turing machine can execute any computable function. Church–Turning also proved that there are some functions which cannot be computed by a Turing machine. For example, no Turing machine can determine whether a given program can return an answer to a given input or whether it will instead run forever.

SCRY.city provides rules for executing smart contracts. It is a borderless world because all the data we can select are generated by actual data growing in the real world. Here, you can freely choose your paths without being restricted by centralized selection.

SCRY.city is a space that provides independent judgments where individuals can easily verify economic models. For example: Reaching a decision to achieve the highest return for a financial contract in the real world. In the case of a judgment predicating that others will not cooperate, what can we do to achieve the expected result? When the return is far away from reach, how can we promote our plan’s influence in this independent realm?

Regarding expanding a community’s influence, SCRY.city provides enriched SNS social functions to share information based on interactions between smart contracts. From the demonstrated interactions of smart contracts, we can see that influence tendency forms the economic utility generated by the type of data preferred by community members. At the micro-level, enriched exchanges on information judgments will cause interesting games: A user’s selection of a data contract can significantly (either positively or negatively) affect the utility of another user’s economic decision. In the interactions of decentralized data contracts under blockchain, no individual will provide clear rules on how to choose. This will produce a perfect experiment space for operation research.

International capital flows transform physical space into a flow space. Developments in Internet information technology over the last 50 years have clearly divided people into two distinct populations: interactive and passive. The former participates in innovating information while the latter only receives information. In the interconnected environment where knowledge information provides productivity, the core work is to process and spread knowledge information. In SCRY.city, we can freely choose the latest data contract for information exchanges, predications and posts. In SCRY.city, users can decorate themselves with the unique Avatar system, an unrivalled system that will provide over 2,1047,0400 fantastic images for 6 billion users worldwide.

SCRY.city offers a brand new model to describe how the world runs. Each user is a smart contract, and with their credit status of data assets, each user can purchase categorized data contracts from the consumption community. If a user is worried about the risk caused by an international flight delay, they can simply search the data contract stating the flight’s landing time in SCRY.city, thus circumnavigating the need for the traditional insurance policy service provided by a third-party insurer. If someone is only interested in a certain rugby team’s match result, they can choose to order the smart contract making a predication for the team in question. When we go shopping in SCRY.city, we only need to present our credit level to get services and benefits that match the credit level.

The complete SCRY.city will present a real, data-based smart contract space providing multiple choices, in parallel with the real world. Everything is miscellaneous. Now see the future!