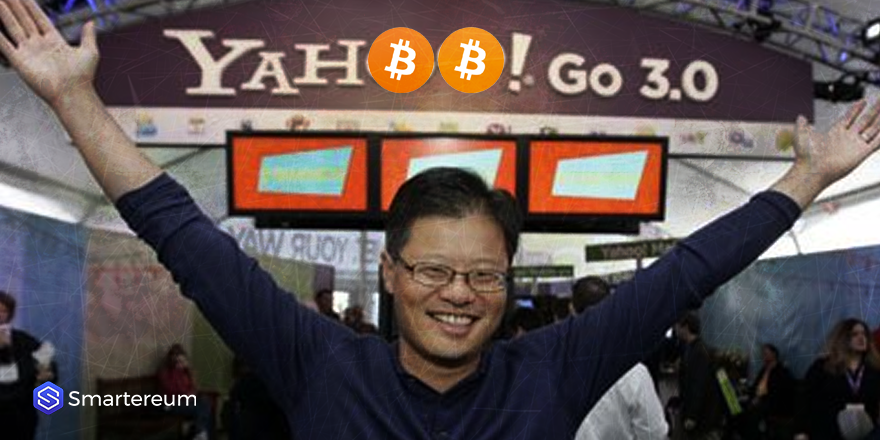 The number of individuals and companies backing Bitcoin, is increasing day by day. The most recent to join the list is the co-founder of Yahoo, Jerry Yang. According to him, as Bitcoin gains a larger acceptance as a transactional mode, the cryptocurrency would be a reason for positive change in the world.

According to him, Bitcoin still has a long way to go when it comes to currencies. Moreover, the usage of digital currencies in our society would increase even further as well. He also stated that Bitcoin would be much more than just an investment avenue and it would actually be used as a transactional mechanism and a transactional currency with larger acceptance. He was speaking on the sidelines of Fortune global Forum which took place in Guangzhou.

Yang further stated that the current hype is just due to the investment purposes but over a period of time, as transactional efficiencies make Bitcoin available in the mainstream banking and financial solutions, the value would increase even more. This would further propel the intrinsic value of the currency rather than just the investment value or the speculative value.

In the recent months, however, there has been a large increase in the value of Bitcoin. This has even garnered more attention to the cryptocurrency as compared to the transactions which it helps in conducting. Also, it remains to be seen whether the current price of Bitcoin around $16,000 is the recent peak or whether the value of Bitcoin would increase even more. From the looks of it, however, it seems that the progress of Bitcoin would continue without any interruptions and soon enough, it would eclipse its previous peak as well and touch new highs.

The interest from the investors is also consistently increasing and many corporates are even launching financial products based on the cryptocurrencies which would certainly help take the cryptocurrency to all new level. It remains to be seen how many years it takes in order to gain acceptance as its widespread method of transactions. However, once that happens the value of Bitcoin is sure to increase further as more and more people buy and sell Bitcoins in order to complete their transactions. This would also force the off-line businesses to accept Bitcoins as a medium of exchange in order to provide goods and services. All in all, it seems like the backing Bitcoin has received from Yahoo co-founder is entirely on firm grounds and could propel the currency to new highs.