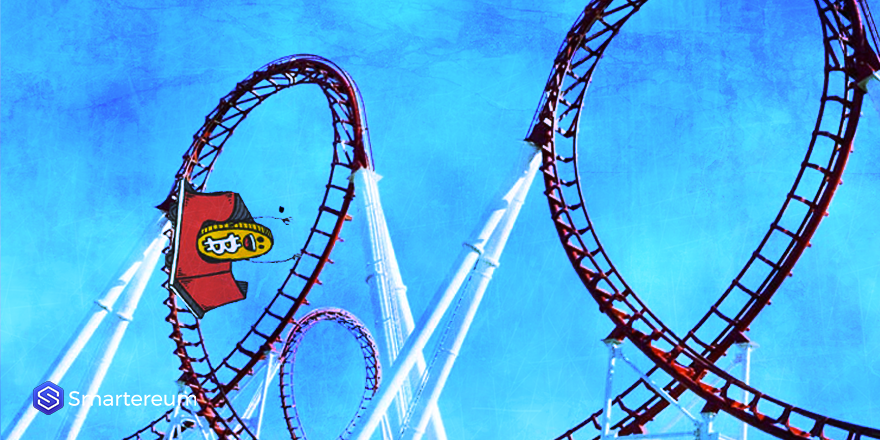 The volatility in Bitcoin prices in the last few weeks has been immense. As the bitcoin rollercoaster has gone from a high near $ 17,000 to the bottom of $ 13,000, it has been gut-wrenching experience for people who have been caught on the wrong side. Even though it bounced once again around $ 16,000 but still, the first-time investors in cryptocurrency are not actually prepared for such high volatility. In this regard, Brian Armstrong, CEO of Coinbase, one of the largest cryptocurrency exchanges in the world, has requested the investors to understand better the risk associated with cryptocurrencies and thereafter make the decision of investing in cryptocurrencies.

According to Armstrong, not only has cryptocurrency experienced a lot of volatility but also the stress on their servers has increased tremendously as well due to the high amount of interest in the cryptocurrency.

In the last 12 months, the rise in the price of Bitcoin has been immense. 12 months back it used to trade at approximately $ 800. Currently, the valuation is over $ 16,000 which marks at 20 times rise in the value of Bitcoins.

Recently, the Chicago board options exchange also launched Bitcoin futures and since then, the value of Bitcoin is increasing again. Bitcoin futures is surely an interesting financial product which would allow the investors to invest in Bitcoins for a shorter period of time. However, it provides high-leverage to invest in Bitcoin which itself is pretty volatile and therefore it can be a double-edged sword. With such volatility, surely some of the investors would get burned when it comes to investing in Bitcoins.

The truth is that most of the normal investors have at least for now. not factored in the risk which is associated with cryptocurrencies like Bitcoin since they have just seen a large rally in Bitcoin without a significant fall. Over a period of time, however, the volatility of Bitcoins would become more clear and the investors would be able to gauge for themselves whether cryptocurrencies as an asset class are perfect for them or not.