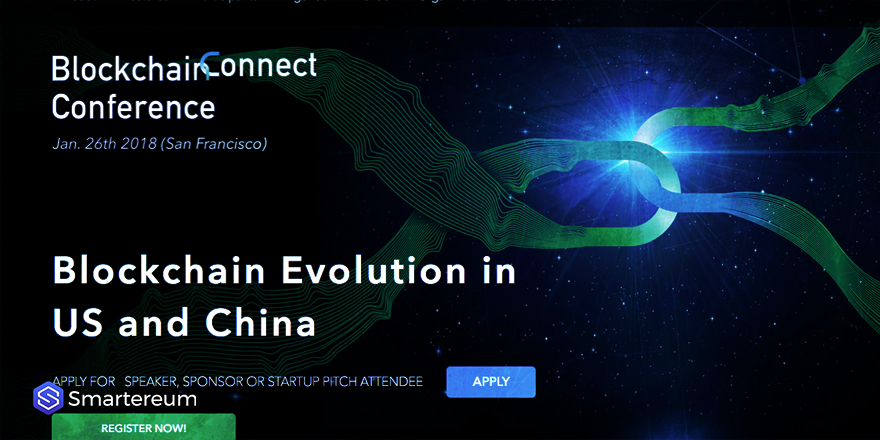 The Blockchain Connect Conference 2018 is set to happen on January 26 in San Francisco. The conference expects to gather around 1000 blockchain companies and experts worldwide. The developers would flock from all over the world and from countries like China, Singapore, and Japan. Sure enough, some of the latest technological advancements in the blockchain technology would be shared in the conference.

One of the main things which are expected to happen at the Blockchain Connect Conference this year is the amalgamation of thought between the US and Chinese developers. Both of these markets are pretty big for Bitcoin. Due to this very reason, they have a lot of products which are being built on the blockchain technology. The amalgamation of cooperation between both of these markets would bring the newer viewpoints as well which would help the blockchain industry altogether.

Currently, there are plenty of companies in Silicon Valley which are migrating over to the blockchain technology in order to make it easier for them to maintain the data as well as the day-to-day operations of the company. Also, there are quite a few topics which would be included in the conference as well like scaling business services with the help of blockchain as well as building blockchain-based applications. Also, topics like raising money for blockchain based products from the VCs would also be discussed as well. A lot of white papers would be discussed as well in order to bring to fore the innovations which are happening in the blockchain technology.

The aim of the conference is to create a platform where various stakeholders in the blockchain industry would be able to put forth their views as well as preferences in front of the like-minded audience. There would also be a lot of mini-events in the conference like keynotes, VIP dinner, networking sessions. This would ensure that companies are able to easily socialize and find new partners with the help of this conference. There would also be a recruiting ground for most of the companies as a wide variety of blockchain related professionals would be present at the conference.