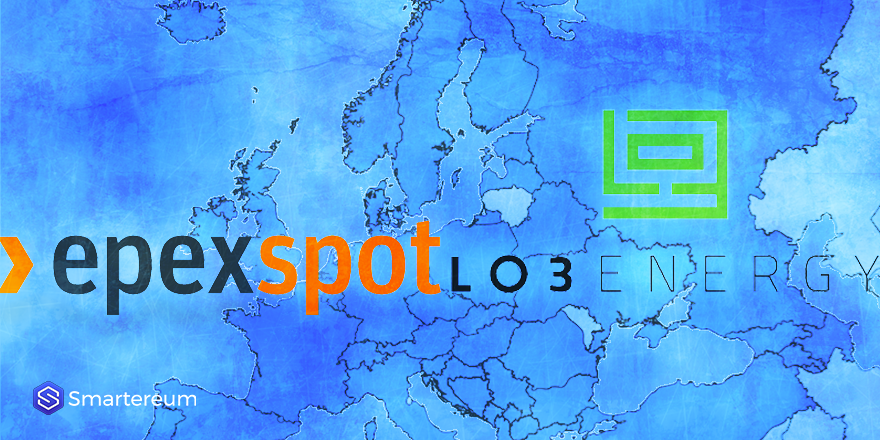 LO3 which is a blockchain startup recently announced a partnership with European Power Exchange (EPEX). EPEX is in the business of linking the different microgrids in order to enable the wholesale exchange of power.

Both the companies recently signed a memorandum of understanding which would enable them to create a blockchain-based platform in order to trade and exchange power. This would not just be limited to larger power sellers but also individual retail power users. The EPEX is a registered company in France and also operates in Germany, Netherlands, Switzerland and Belgium. Also, it enables users to sell excess power which they have generated with the help of solar panels.

According to the CEO of EPEX Jean-Francois Conil-Lacoste, this move would help them bring about a digital innovation and open up a huge market for them to expand their business.

The startup LO3 would be responsible for creating the platform on the blockchain technology which would help them leverage international power which is in surplus. The name of the platform would be Exergy. Currently, a lot of consumers are having excessive power which is being generated by the solar panels which they have on their property. Therefore, instead of just dissipating the power through the batteries, the consumers would be now able to sell the power on these platforms. This would help them recoup the investment which they have made in solar panels. Also, it would enable them to make a certain amount of income as well.

According to the CEO of LO3 Lawrence Orsini, the partnership between both the companies would actually enable them to bring about a disruptive change in the entire industry.

While there are quite a few industries which have been adopting the blockchain technology but the power industry surely is one of the late entrants in the space. However, with this tie-up and with the ability to sell extra power on this platform, the power sector is taking a giant leap in the use of blockchain technology. It remains to be seen how successful the platform actually is. Once, the platform of this particular company is successful, you can be sure that other power exchanges platforms would be launched all over the world which would be based on the blockchain technology. This is one of the main reasons why this tie-up and this start-up is being keenly watched as it can provide a proper way to sell the excessive power in the wholesale market. As the platform becomes more and more successful, the number of consumers who would generate extra power would also increase as it would lead to extra income for the consumers.