Smartereum
Home Cryptocurrency Bitcoin Bitcoin Price: Where Will It Go? 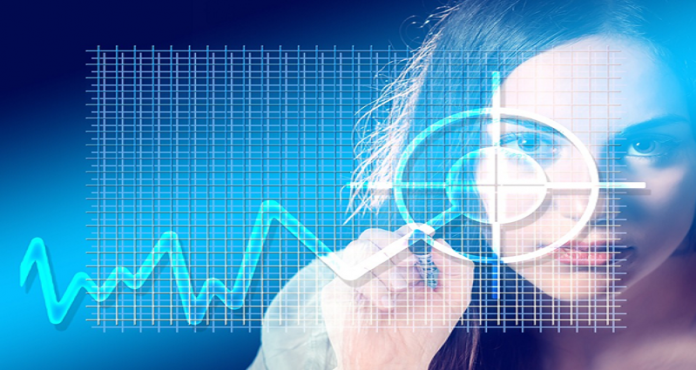 While projections for crypto can be shaky, mapping the future of the coin is simple.

If you’re new to bitcoin- we’ve got some news for you: It took almost ten years for cryptocurrencies to hold any type of monetary value.

That’s right. Ten years. Ten years to become the investment opportunity of the future. Ten years to create market caps of billions of dollars. Ten years to snag the interest of anyone who wasn’t a computer programmer or code nerd. Ten years to adapt to the point where you could buy standard goods and services. Ten years for trading platforms, to offer access and support for the rest of us.

Ten years of forks, ten years of work, ten years of underground work to create what is perhaps the most compelling and fascinating trading opportunity we’ve ever seen.

In ten years, bitcoin price has gone from being worthless, to being work almost $7,000 per coin. In ten years, Apple was able to take near sole command of a market. In ten years, polio was almost eradicated. Ten years can make massive changes in how we live, what we experience, and perhaps most importantly- what we can expect from the markets that mean the most to us.

The Price of Bitcoin

Bitcoin, unlike many other tradable stocks and markets, definitely dances to its own drum. Because of the foundational functions of bitcoin, the market doesn’t fall subject to artificial inflation or centralized authority dalliances.

Bitcoin is finite. There is only so much of it in existence, and only so much of it that can, and ever will exist. One of the biggest drivers of the price of bitcoin boils down to how the finite reserve of bitcoin is steadily released over time. Allowing traders to make assumptions about supply and demand. This is all based on an embedded principle of artificial scarcity.

Only 21 million bitcoins can and will exist. These coins are released into the market at specific values and intervals. “New” bitcoins are released roughly once every ten minutes. These coins are given to people who create the public ledger that bitcoin rests on. “Miners” or the people who solve complex mathematical problems in order to map and log any transaction made (called creating a “block”) with bitcoin, are rewarded coins each time they successfully add a logged transaction to blockchain.

The number of bitcoins that are rewarded to these miners changes roughly once every four years, where the awarded amount of bitcoin drops by roughly half. Currently, miners are given roughly 12.5 bitcoins per block. That number is set to half again within the coming year.

Because traders can assume what the supply might look like at any given time, they can then begin to speculate on demand. However, a number of social and political influencers exist as well.

As bitcoin becomes more popular, and more people adopt the practice of using and trading bitcoin- demand surely rises. Historically, any incidence that serves to decrease confidence in fiat- such as economic downturns and trade wars, also seems to enhance the demand of bitcoin.

Where other influences, like the great hack of Mt. Gox- a trading platform that lost millions of users hundreds of thousands of dollars, and the seizure of the Silk Road by the US FBI, only served to decrease the demand of bitcoin. Making process predictions all the more difficult to make with any certainty.

The Future of Trading

Any seasoned bitcoin trader will without a doubt be quick to mention the inherent volatility of the bitcoin trading market. Where standard stock trading sees small gains and losses, generally stretched over months if not years worth of time- bitcoin value can change by the thousands in mere hours.

What has been seen, however, is that at almost every terrifying bearish downturn, a sharp bullish flip has been quick to follow. Market recovery when discussing bitcoin is almost guaranteed at this present time. Which serves to give many investors a serious case of FOMO.

The fast-paced market and uncertainty of demand lead many new investors to go with trading platforms that offer up to date information on the current bitcoin prices. It should be noted that anyone hoping to break into the crypto markets keep a very close eye on what the valuation of the commodity is doing. Make sure to heed any advice given and stay close to a trusted trading platform. Which may not be great at helping you see into the future, but are a sure-fire way to secure your present holdings.