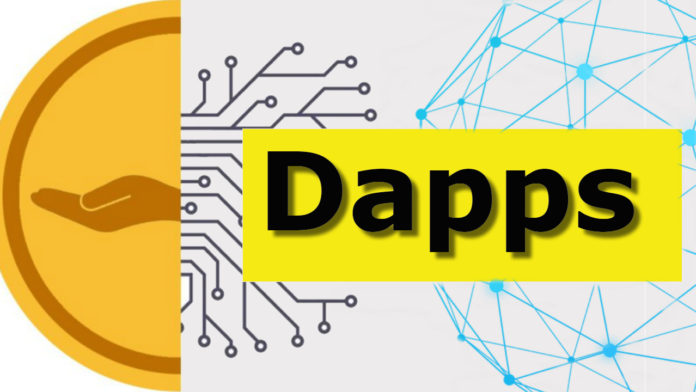 Cryptocurrency News Today – The latest numbers from the dApp space are out following the end of 2019. The latest stats show that Ethereum, EOS and Tron, mainnets have maintained their lead at the top in the DApp space. Here is how the report puts it:

“Presently, three major public chains (Tron, Ethereum and EOS) have accounted for about 98.65% of the overall transaction volume of the dApp market which has, formed the ‘Big Three’ in the dapp space.”

Among the big three, Ethereum remains king as it posted a total of 2146 total dApps and 1223 active DApps. The protocol also recorded 668 new dApps with an overall trade volume of $12.81 billion. Additionally, the network managed to attract no less than $1.82 million active users last year. Tron is the second on the list with 663 dApps overall number with 637 active dApps and noting a total volume of $4.42 billion. EOS makes up the number three position with a volume of $6.1 billion and 668 dApps, of which 633 are active as of 2019 and 408 new DApps during the year.

Following EOS on the list was IOST. The protocol posted an overall volume of $109.38 million from its dApps. STEEM is behind IOST with 97 dApps and $48.22 million volume. However, when you categorize in terms of the number of users on its platform, then Game DApps posted the highest figure having dominated the niche by 46%.

Even though there were a good number of users on this platform, its transaction volume was, lower when compared to the other categories. Per the previous report, no less than 90% of the all-time on-chain volume of Ethereum-based dApps are derived from DeFi-related apps.

Tron has the Highest Number of Users