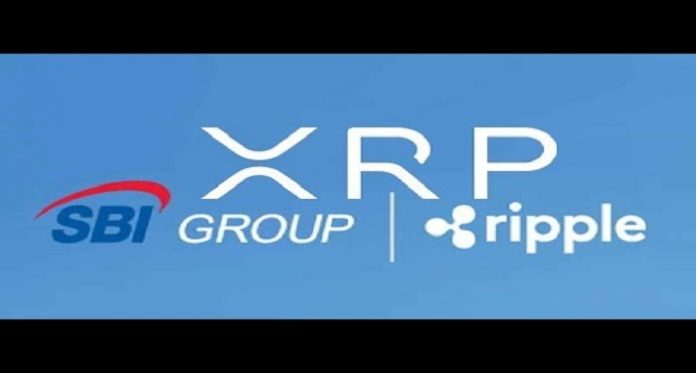 Ripple News Today – SBI Holdings is one of Ripple’s greatest partners. Both parties have been able to cultivate a mutually beneficial partnership because they have a common goal; to revolutionize the global payment services industry. Yesterday, SBI announced that it has entered a partnership with one of the biggest banks in Asia. SBI stated that the goal of this partnership is to facilitate payment services for over 4,000 foreign works in Japan’s Aomori region. The press release revealed that the company is trying to recover from the negative impact of the Covid-19 pandemic which took the industry by storm.

Right now, the Aomori region of Japan is suffering from a declining working population because the birth rate is lower than the death rate. The working population has taken a major hit so they depend on foreign workers to keep the economy going. Unfortunately, the pandemic has caused immigration restrictions that no one could have anticipated. SBI hopes that partnering with Michinoku Bank will make things easier for the foreign workers who are left in the country and those who will move to Japan after the pandemic. The partnership will also allow Michinoku Bank to use Ripple’s payment solutions. Part of the press release was as follows;

“SBI Remit innovates new financial technologies proactively such as money transfer utilizing US Ripple’s DLT and extended its money transfer records providing high convenience money transfer services. On the other hand, Michinoku Bank operates 94 branches (including 2 sub-branches) mainly in Aomori prefecture and has gained trust from the regional society and built a strong network over the years.”

As the news of a partnership between SBI and Michinoku Bank came to light, so did rumors of an upcoming payment corridor in Vietnam. In its mission statement, Michinoku Bank claims that it is interested in providing valuable services to customers while allowing SBI to develop a new sales channel in that part of the county. So, there is a possibility that Ripple will launch a new payment corridor in Vietnam that will allow workers to make payment transactions to and from Japan. While this new corridor has not been launched yet, there are rumors that it might be on the horizon.

Ripple and SBI Remit have been in partnership for years and SBI has been using Ripple’s payment solutions to make things easier for its clients. SBI Remit intends to carve out 50% of the total transaction volume on RippleNet.