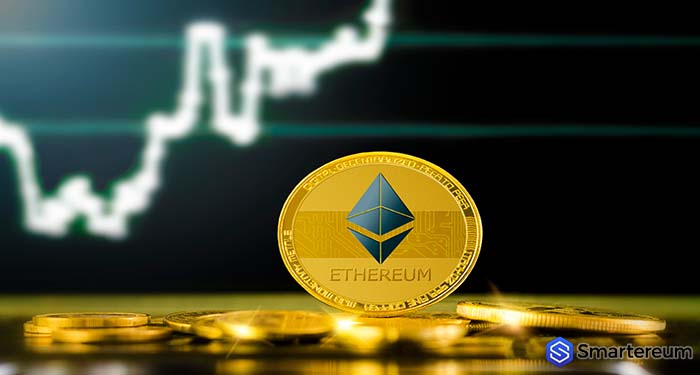 Ethereum News Today – the ETH 2.0 update alongside the layer-2 implementations may not be able to cope with the massive growth in the network’s DeFi usage. The average transaction rates on Ethereum have reached $7.5 (which is three times the fees charged on Bitcoin). Creating a wallet on MakerDAO costs $40, and fees to lend on Compound cost $10. These fees aren’t sustainable.

Considering that there are new yield farming incentives launched every day on DeFi platforms, space has continued to expand despite the alarming signals triggered by congestion issues and high fees on Ethereum. DeFi users are waiting eagerly for the launch of ETH 2.0. The upgrade promises to scale the Ethereum Blockchain. However, there are concerns that it might not be enough to handle the current number of crypto users on the platform.

The total number of DeFi addresses on the network is rising with the addition of another 350,000 addresses since 2020 began. While DeFi platforms like Uniswap have surpassed Coinbase when it comes to trading volume, its user base remains a tiny fraction of that of Coinbase’s 32 million users. Let’s assume network gas fees have reached peak position, this is a good time to assess the type of difference the Ethereum 2.0 solution will make.

Ethereum 2.0 is set to start with 64 shards. Each shard could function as a separate chain and have their transaction history. In such a case, the network could increase its transaction capacity by a whopping 64-fold. The path ahead of scaling the Ethereum network is still long despite the solutions promised by ETH 2.0 launch.

How Effective is Ethereum’s Layer-2 Proposal?

Ethereum’s Vitalik Buterin has endorsed the use of existing layer-2 scaling options like Zk-sync, OMG, and Loopring. He has recommended these for ordinary transactions. Buterin estimates that it can potentially scale the sum of transactions from 12-15 TPS to 2,500 TPS. The high gas fees have started to affect the exchange profits. This has made exchanges to increase their transfer fees. Which has automatically pushed users to find alternative ways to move their crypto.

While Tether’s implementation of the Zk-roll ups protocol is significant, there’s been minimal adoption by other exchanges. Ethereum’s transaction count reached an ATH of 1.34 million on September 10. This was the first time since the 2018 peak position. During the 2017 hike, non-value-based transactions such as smart contract execution on the Ethereum network was below 2% of the total transactions on the network. This figure has risen to a whopping 50% as of September 18.