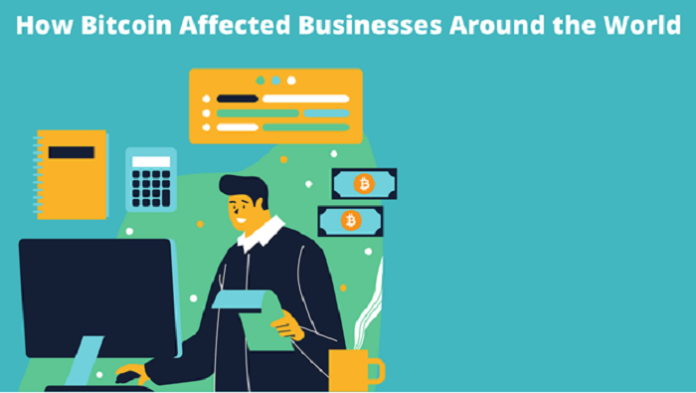 As the number of blockchain applications rises, the number of Bitcoins wallet users will continue to increase. Many people are of the belief that Bitcoin is the currency of the future, while others point to it as a contentious subject of matter. Many think of Bitcoin merely as a commodity to invest in. Any new, ingenious technology introduced, will have its fair share in disturbing the hierarchy of the previous system.

Exchange that is quick, coherent and less disruptive is the need of the hour. The current currency system is becoming orthodox as there is a rise in the demand for money and its various functions. Things are heating up in global exchange platforms, many predicting Bitcoin to be the replacement of traditional currency. Every government has its eye on this digital currency, resulting in it being the Future of currencies.

Bitcoin and Business at a Glance

The Bitcoin cryptocurrency was first launched in the year 2009, ever since then the number of Bitcoin wallets has been growing every year. The user stores his or her blockchain address data with the Bitcoin wallet provider in a digital account, which is called a Bitcoin wallet. Bitcoin is a virtual currency. Unlike physical money, there is no storing and maintaining expenses. Hence, cutting down a huge part of the expenditure involved in physical paper money. It is controlled or manipulated by nobody. No involvement or lead of the centralized authority.

It has many ways of intimidating businesses and the global economy.

A crypto-asset such as Bitcoin is not an actual physical ‘money’ or ‘legal tender’ as derived by legal conventions all around the world. it becomes very necessary to keep in mind that Bitcoin’s extrinsic value is decided solely by voluntary acceptance by those who choose to trade in it or accept it as money for the exchange of goods and services.

There is still a Ray of hope for the Businesses worldwide because of major roadblocks that stand in the way Bitcoin is used or will be used worldwide in the coming years.

Bitcoin is being widely investigated by governments in almost every country.

How can it be seen Affecting Businesses Worldwide?

As Bitcoin is an open-source program created to address such roadblocks, counter-terrorism legislation, money laundering in a large scale can easily take place. Many times users fall in online traps, and they can’t leverage the right of being protected and there is no government intervention in the working of Bitcoin.

At the end of the day, there stays many instances, which proves we depend on mediators for exchanges of our own money, and it is really hard to get away with it. The system can be proven to be a successful risk carrier for businesses and also people trading in large quantities because of anonymity issues.

Cryptocurrencies Fulfilling the Roles of Money

Due to the tremendous hike in the value of Bitcoin. It has created a noteworthy potential to fulfill the roles of actual money. Its distributed ledger chain technology has applications in a variety of sectors, including non-financial industries such as healthcare and energy.

It’s certainly a threat in many ways. A lot of criminals are already using it to their advantage. There were massive raids in different parts of the world, where criminals attempted to hoard black money in the form of Bitcoin on a large scale. Laundering the money becomes way more handy for criminals with the help of bitcoins. The short answer is: it is equally a threat to the government and major money houses.

As Bitcoin has successfully made it to the mainstream. At this point, every individual is curious about cryptocurrency. At a certain point of time, people used to think Bitcoin is nothing but a shiny object that is chased by the people because it is trending. But today, Bitcoin has become a serious asset and is taken into consideration as profitable investment globally.

As Bitcoin is conceived in detail to fulfill the purpose of transformation of the current financial system and has ousted the contemporary finance midiatoesy, it is capable enough to leave a dent on economies worldwide. Total elimination of mediators. You notice with bitcoin, you don’t go through a broker on an exchange, you deal with the exchange itself. There was a time when people hired ” agents” to buy them their houses but this doesn’t happen anymore. This is the kind of flexibility people demand in today’s era and cryptocurrency fulfills it with great efficiency.

It barely requires the services of financial institutions and the government itself. It has really outgrown as a serious matter of concern to the banks worldwide for the same. The procedure doesn’t involve going through multiple mediators and tedious paperwork resulting in transactions happen quickly off the mark.

Does Cryptocurrency like Bitcoin and many others have a headquarter? No.

Is it based in a Social Democrat region? No.

It is purely decentralized! And because of the decentralized characteristics of Bitcoin, the government or any business houses around the globe who see it as a threat can’t destroy it easily. It’s usage can only be curbed by making certain regulations.

So the final question: Can they get rid of Bitcoin?