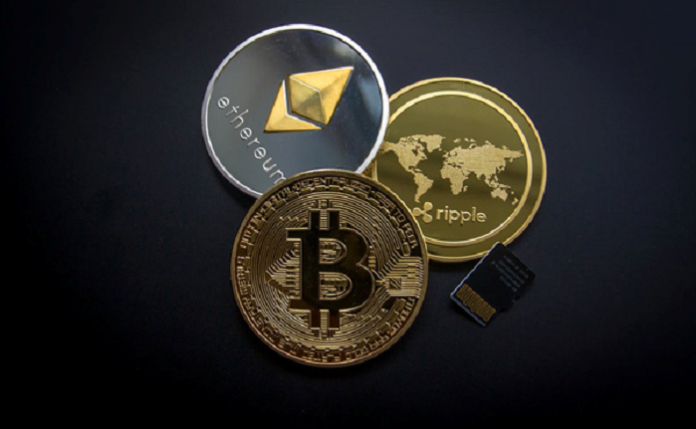 One of the biggest events of the past decade was unquestionably the explosion of cryptocurrency in 2017. Bitcoin, which up until that point had flown under the radar was suddenly all over the news as its value rose to eye-watering figures.

The popularity of Bitcoin brought the topic of cryptocurrency into sharp focus, with investors scrambling to invest in ‘the next big thing’. As well as causing a spike in investments, Bitcoin inspired the creation of dozens, if not hundreds of similar digital currencies.

Now, in 2021 there is no shortage of online businesses ready and willing to accept payment via cryptocurrency. In fact, there are plenty of bricks and mortar businesses that now offer crypto payment facilities, so why are online casinos so slow on the uptake? Read on to find out.

888 Poker, one of the biggest names in online poker and a company that has always been ahead of the curve technologically, doesn’t accept cryptocurrency as a form of payment, which is baffling to some.

But, there are a number of good reasons that 888 don’t accept the currency and chief among them is the fact that crypto is downright confusing.

The Pound, Dollar and Euro all fluctuate from time to time but even when economic bombshells happen, their price doesn’t fall through to the floor or soar to the moon. They are relatively stable, which is not something that could be said for cryptocurrency.

Crypto is volatile and its price can change dramatically from day-to-day, which presents problems for users hoping to pay with it and companies that are willing to accept it.

To understand the true volatility of crypto, look no further than Laszlo Hanyecz the man thought to have made the first-ever purchase with Bitcoin. Back in 2010, when the value of the currency was low he bought a pizza with his Bitcoin.

11 years on, the Bitcoin that he used to buy that doughy goodness are now worth over $80 million. For the past 4 years this story has been used as an example of the phenomenal growth of Bitcoin by the mainstream media.

However, to many it has served as a cautionary tale as to the dangers of making payments with a currency that is prone to fluctuation.

Because of this there is a reticence amongst many toward paying as the value of their currency on transaction may change dramatically in a few days, weeks of months.

Companies like 888 are wary too, as there is the risk that the cryptocurrency they receive may drop in value at any time.

Therefore it makes good business sense for most online gambling companies to only accept payment in the form of traditional currencies.

Cryptocurrency is still incredibly volatile which means there is a large element of risk involved in accepting it as a payment method.

There are just over 7.5 billion people on the planet and the current number of active users of cryptocurrency is estimated to be around 3 million. That’s a tiny percentage of the population and in a business sense, not high enough to take real notice of.

The coverage of cryptocurrency in the media paints a picture of a well-used currency that is common in most online transactions. However, that is simply not the case as crypto is most commonly utilised in the same way as a stock, rather than a currency.

From a cut-throat business perspective, what is the point of an online casino investing in Blockchain technology and cryptocurrency to cater for such a small percentage of their player base?

If we delve down into crypto usage statistics further it the stance of online gambling companies becomes even more understandable.

Last year, there was no entry from North America or Europe – online gambling’s two biggest markets – in the Top 10 of countries using cryptocurrency as a method of payment. Countries such as Nigeria, Argentina, Colombia and Vietnam (countries with weak and volatile national currencies) all made entries into the Top 10.

Players from these countries represent such a small percentage of online gambling’s player base, that investing into crypto to facilitate them would not make good business sense.

When cryptocurrency first hit the headlines back in 2017 there was talk of the technology behind the currency that made it the safest and most secure of transaction methods.

Blockchain, we were told, mitigated the risk of fraud and protected both individual consumers and multi-national companies alike. However, the problem with that claim is that the technology has never been tested on a global scale before.

Claims about its robustness at this point are just that, which has left crypto in somewhat of a Catch-22 situation. That’s because implementing Blockchain technology at the levels required for companies the size of 888 Poker is costly.

It would require a complete revamp of the company’s existing processes and the only guarantee of its efficacy is the claims of its creators.

The cost factor of implementing Blockchain has therefore remained prohibitive to many big businesses and until a time when someone takes the plunge on it, the technology remains untested at scale.

The finance teams at companies like 888 will require much more than “it should work at scale” to convince them to invest in Blockchain. Big companies like definitive answers and at the time of writing, crypto and Blockchain technology cannot provide them.

It’s easy to look at industry-leading companies and deride them for not moving with the times and adopting cryptocurrency payment methods. However, if you delve down into the fine details of crypto, their reasoning becomes quite clear.

Crypto may well be the next big thing, but currently with so few registered users worldwide it could quite rightly be referred to as a passing ‘fad’.

Until crypto is more widely used, companies are likely to look at adopting crypto facilities in a simple cost-benefit analysis. In which investing heavily into it to satisfy a tiny percentage of their player base does not make business sense.